Since 1999 Udine becomes, for one week, an Asian city in Italy. In fact the capital of Friuli-Venezia Giulia organizes and hosts every year the Far East Film Festival (FEFF), considered the best movie festival dedicated to the Asian cinema culture.
It’s a blast from the other side of the world, and is come to 19th edition, scheduled from 21st to 29th April.

The Far East Film Fest is the kermesse which presented for the first time in Italy “Sympathy for Mr. Vengeance” by Park Chan-wook, the beginning of the famous trilogy on revenge that would eventually continue with “Old Boy” and “Lady Vengeance”. The Far East Fest has launched Wong Kar-wai (“Chungking Express”) before the European audiences discovered him with his masterpiece “In The Mood for Love “. In the last eighteenth edition of the festival were presented directors like Johnnie To and Sammo Hung, and it has dedicated a tribute to the legend of Bruce Lee and many more of those things that you do not need to be an expert to define “missed.” 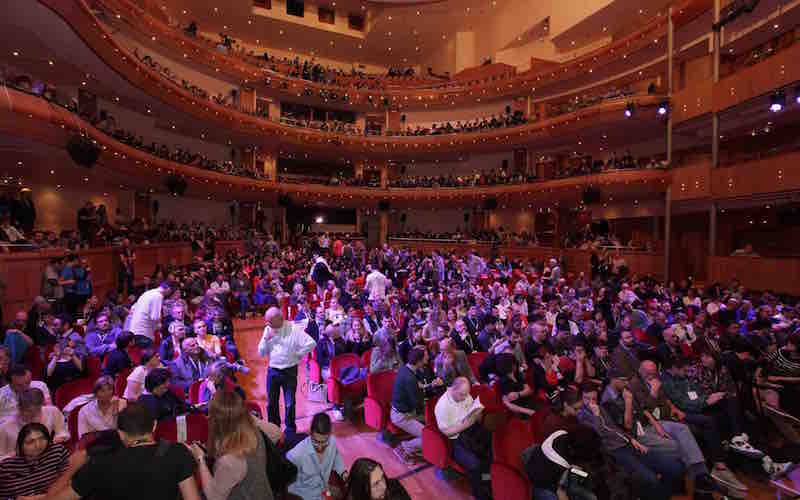 A movie festival with more than 100 events

The quality of the movies and the excellent organization contributed to make the FEFF a great success; in the last edition something that over 60,000 people among critics, journalists, students, enthusiasts, and curious spectators have gone from the halls of the festival which is something more than a standard movie festival.
It might be considered a cultural entertainment expression for the more than 100 events related to the festival scattered throughout the city.

The main purpose of the FEFF, as always, is to shorten the cultural distance between east and west sides of the world, showing films that are popular in Asia but often without a distribution in Europe. Blockbuster films, genre films that rarely reached the Western cinema halls, except through pirated copies or, at least, imported in an unfair way.
For its 2017 edition the FEFF has 70 films in the program, coming from 11 different geographic areas of Asia, including 13 international premieres and 25 European premieres. The festival value is much appreciated and it allowed it to build an international reputation becoming the main European reference for the Asian film industry.

Udine, a worth visiting destination 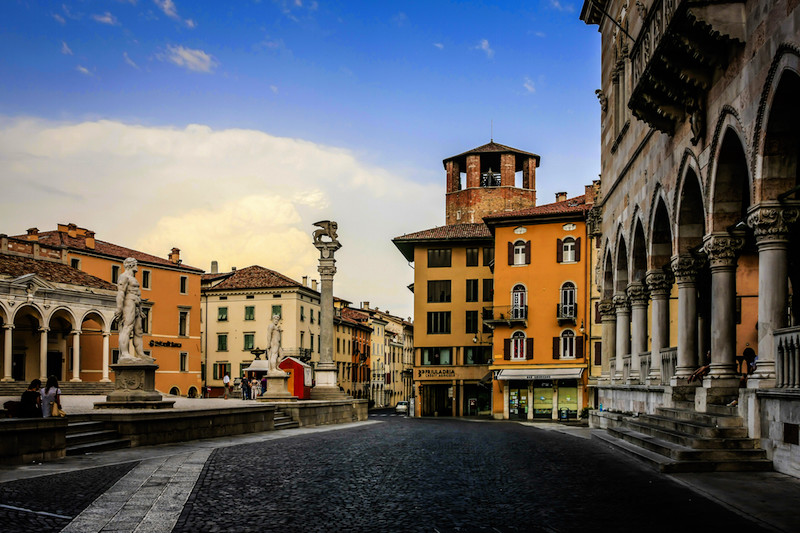 Going to the Far East Film Festival would be an occasion to visit Udine, a tiny gorgeous city.

You could visit Udine in one day and we give you some hints about it.

Visit Piazza della Libertà, with the Loggia del Lionello and the Torre dell’Orologio, you could understand that Udine can resemble Venice, even without the canals. Here you can appreciate the subtlety and sophistication of the places in Udine.

The Castello di Udine overlooks the historic center of the city from a hill of 138 meters and along patriarchal eagle is one of its symbols. This hill is linked to a legend: it is said that Attila, the barbarian king, after plundering Aquileia in 452, he ordered his soldiers to create hill carrying the earth in their helmets, to admire the flames from above.

The medieval Via Mercato Vecchio leads to the Castello di Udine. It is one of the most elegant streets of the city and takes its name from the market which was held here from 1248 onwards.
Today is the shopping heart protected by elegant arcades; Via Mercato Vecchio is lined with old houses and palaces, cafes and pubs, boutiques and shops where time seems to stand still.

The Cathedral of Udine, from 1735 dedicated to Santa Maria Annunziata, was built in 1236 by the then Patriarch of Aquileia, and has been remodeled several times. The current building was renovated in the early 900 and has a gothic look, while the interior is mostly Baroque.
Udine The cathedral is the most important religious building in the city and contains precious treasures like the blades painted by Giacomo Martini and Gianbattista Tiepolo. Next to the cathedral stands the bell tower, which dates back to 1441 and is home to a museum on the ground floor with free admission.

The Palazzo Patriarcale symbolizes the Friulian spirit. This palace takes its name from the Patriarchs of Aquileia, who resided here from 1593 to 1751. Today it is famous because it houses the Museo Diocesiano and the Tiepolo Galleries.
Udine has a good nightlife; there are many pubs, clubs and other forms of entertainment for a holiday away from home. Despite your individual tastes, the nightlife in Udine will likely have something that pleases you.
Also Udine is plentiful about hotel and B&B to enjoy your visit. You can have a big range of choices; from the beautiful and expensive Mercato Vecchio Luxury Suites or Astoria Hotel Italia, to the bargain Hotel Europa.