Even for a tourist who comes for the first time in Italy, the Herculaneum Pompeii archaeological site should always be one of the first trips in the “Bel Paese”. The magnificence of Pompeii is such that since 1997 have become a UNESCO World Heritage Site.

The day of tragedy 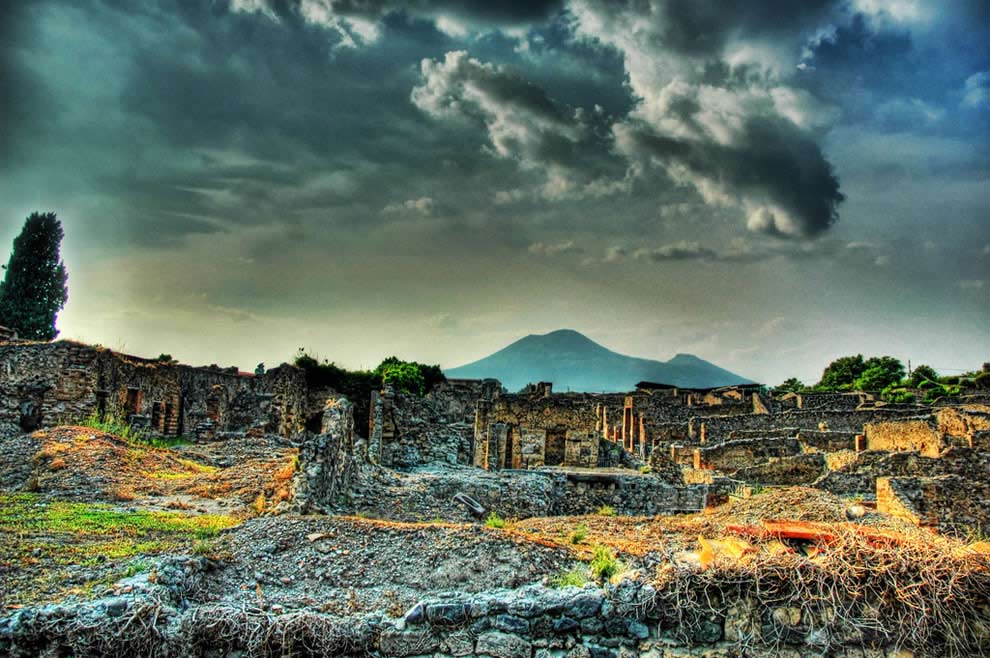 Pompeii was a large Roman town in the Italian region of Campania. The town was important because The Roman Empire used it like an important commercial harbour. Pompeii was built beneath the Mount Vesuvius which it have just erupted 50 times in hundred years.

On the morning of 24th of August an apocalyptic bang released the magma that had been buried over the last thousand years. At the beginning, it may have seemed that the mountain was doing nothing more than offering a harmless pyrotechnic display but at midday an even bigger explosion blew off the entire and a massive mushroom cloud of volcanic debris rose 27 miles (43 Km) into the sky. The power of the eruption has been calculated as 100,000 times greater than the nuclear bomb which destroyed Hiroshima in 1945.

The ash that started to rain down on Pompeii and the density was such that within minutes everything was covered in centimetres of it. People tried to escape from the town or to search shelter where they could; mostly citizens desperately run away to the sore but the pyroclastic flow reached them all of them died carbonized.

Pompeii was finally re-discovered in 1755 when the construction of the Sarno Canal began. Giuseppe Fiorelli, Italian archaeologist whose systematic excavation at Pompeii helped to preserve much of the city, directed the Pompeii excavation from 1863 to 1875, introducing an entirely new system for the project; instead of uncovering the streets first, he invented a system of uncovering the houses from the top down, instead of uncovering the streets first. This way proved a better way of preserving everything that was discovered. From then on, Pompeii became an essential stopping point on the fashionable Grand Tour and included such famous visitors as Goethe, Mozart and Stendhal. 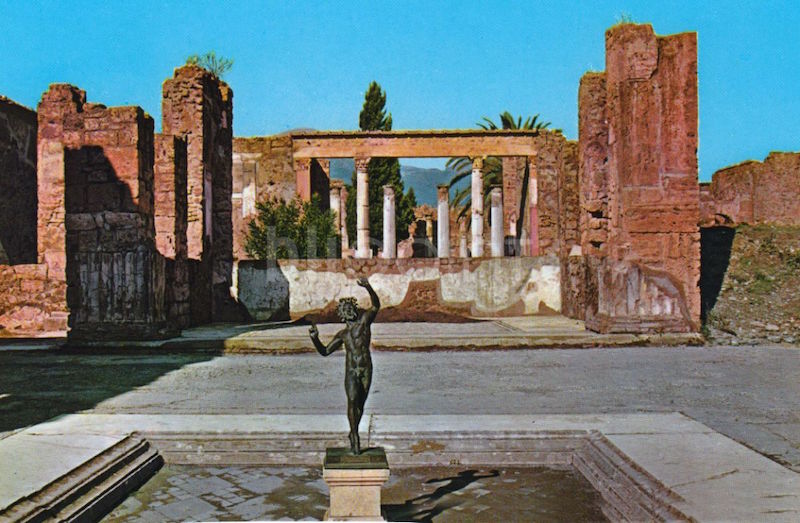 The ghostly ruins of old Pompeii are for one of the world’s most engrossing archaeological experiences. Pompeii attracts millions of tourists every year, and its astonishments are defiantly unique.

Visit the Pompeii’s ruins is great experience and we can give you just a few hint about what you can see in a quick visit. At the first you can start at the forum of Pompeii was the place where the political debates and the religious manifestations took place: the heart of the city. 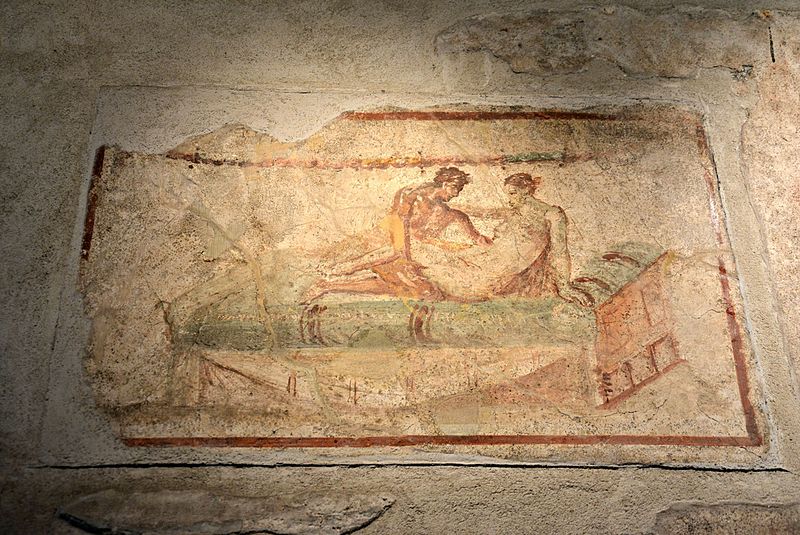 You can follow to arrive at The Lupanare, called because “lupa” in Latin means prostitute, and you can deduce what it was: the brothel of the city. Lupanare is a tiny building with five rooms on each floor. The walls in the rooms show some graffiti, including declarations of love and hope written by the brothel workers, in various languages.

The Casa Del Fauno Pompeii’s largest private house; here the Pompeii’s greatest mosaics have been found. Following Via dell’Abbondanza, the meaning street of the city, you will be able to reach points of interest like the Grand Theatre and the Little Theatre. At the end of via dell’Abbondanza there is the oldest stone building, The Amphitheatre. 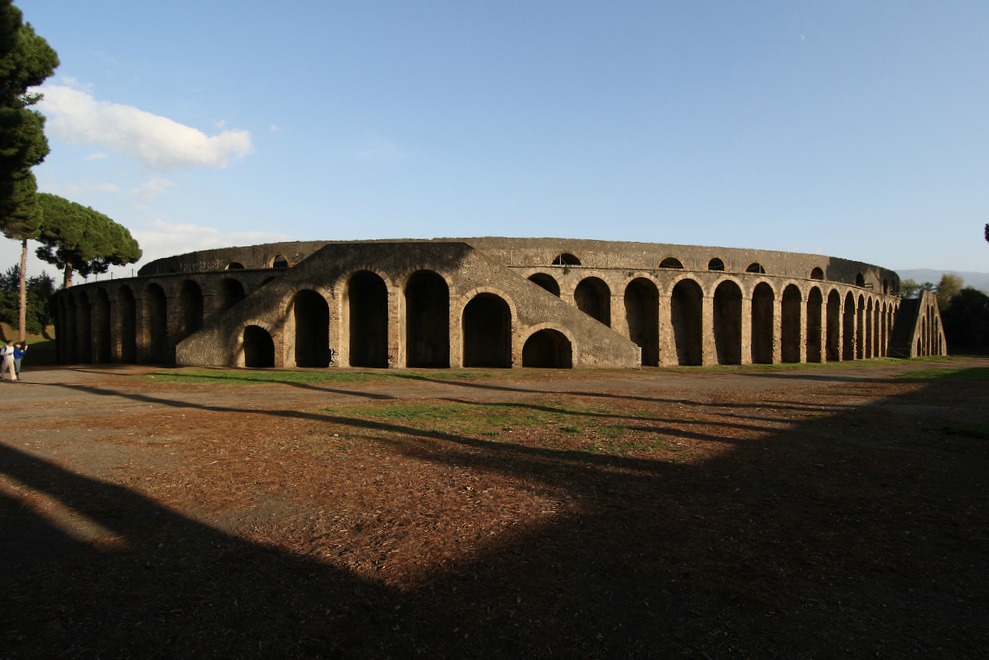 This theatre hasn’t underneath, and in the superior part there are some big holes, used to put a covering on the arena to protect the spectators from the sun and from the rain.

This place has been also the background of one of the most stunning shows of the history of rock; in 1971 the Pink Floyd, recorded their “Live in Pompeii”, a concert without public, destined to become one of the most memorable moments of the history of music. Just a bit outside the ruins there is Villa of the Mysteries; someone thinks that the house owner was Livia, wife of the emperor Augustus and its name comes from a series of frescoes discovered in a room of the house and of which the meaning is still unknown. 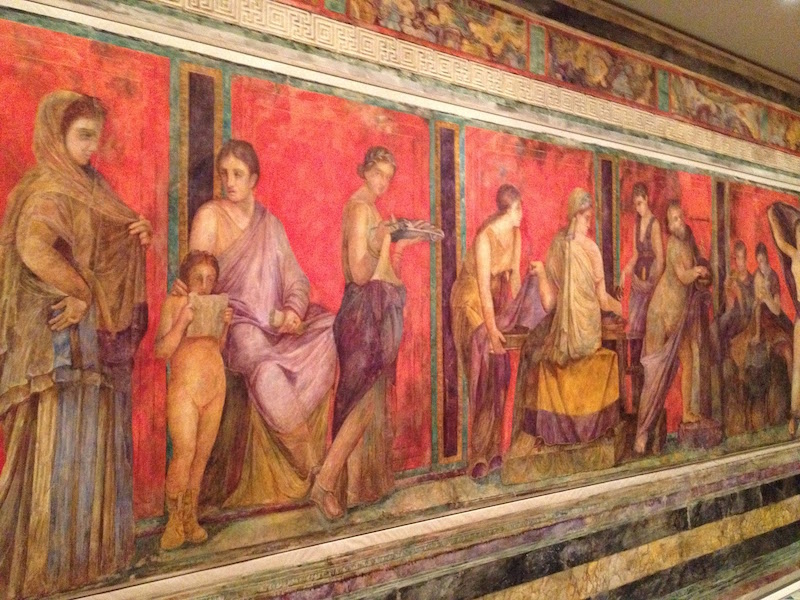 Villa of the Mysteries Credits: http://www.pompeiisites.org/Sezione.jsp?idSezione=1409

The majority of archaeologists think that is Dionysus worship, other thinks that is just the description of a woman while she is preparing for her wedding. They are just a few tips but if you have all day to spend in Pompeii take a map and a guided tour and enjoy your visit. 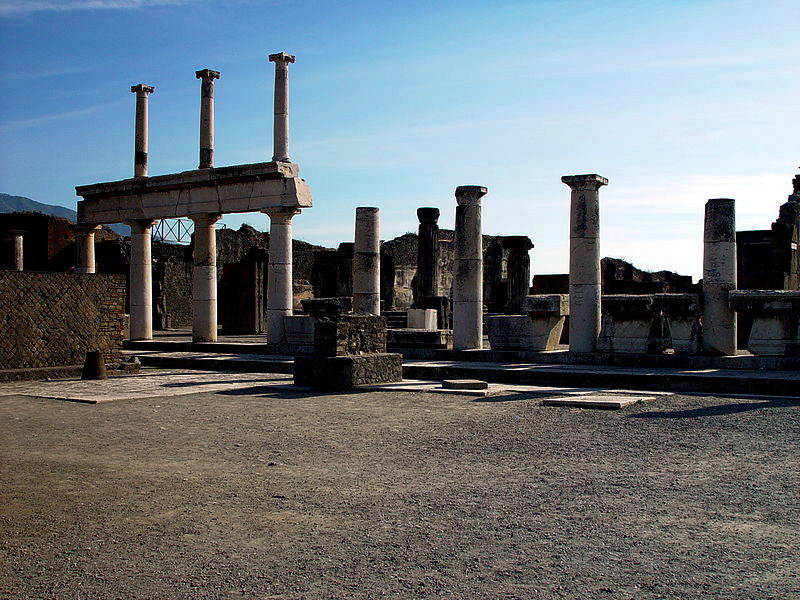