“Bologna is capable of love and knows what it’s worth”. Francesco Guccini, a famous Italian songwriter, dedicated a song to Bologna, one of the most wonderful cities in Italy, able to make anyone fall in love. Famous for its university and its portici, Bologna is a city full of hidden gems, delicious food and wonderful historical spots. And, the best part is that, being quite small, you can visit it in only one day! Find out the one-day-itinerary we have prepared for you!

Start your day with a yummy breakfast at the Caffè Terzi 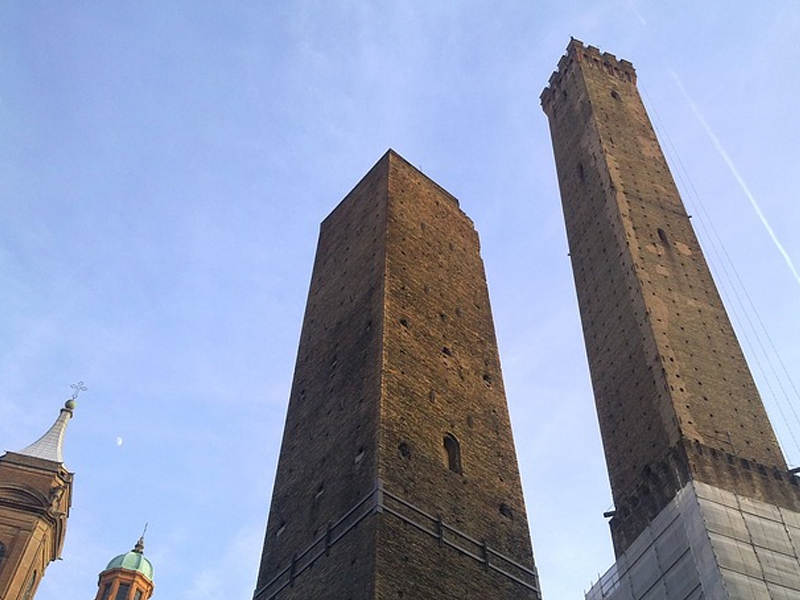 Starting your day with the right foot and the right coffee is something that should always be done. Especially here in Bologna, where the Caffè Terzi uses only the best ingredients to create a wonderful experience made of coffee beans and delicious creams. This coffee shop is perfect for anyone with a sweet tooth. Apart from the classic espresso and cappuccino, the smiling waiters will offer you a wide selection of original coffees, like the one with honey and nuts and the one with white chocolate. Can you imagine something more delicious? No worries: if you don’t like coffee the Caffè Terzi has also a wide selection of teas and hot chocolates!
caffeterzibologna.com 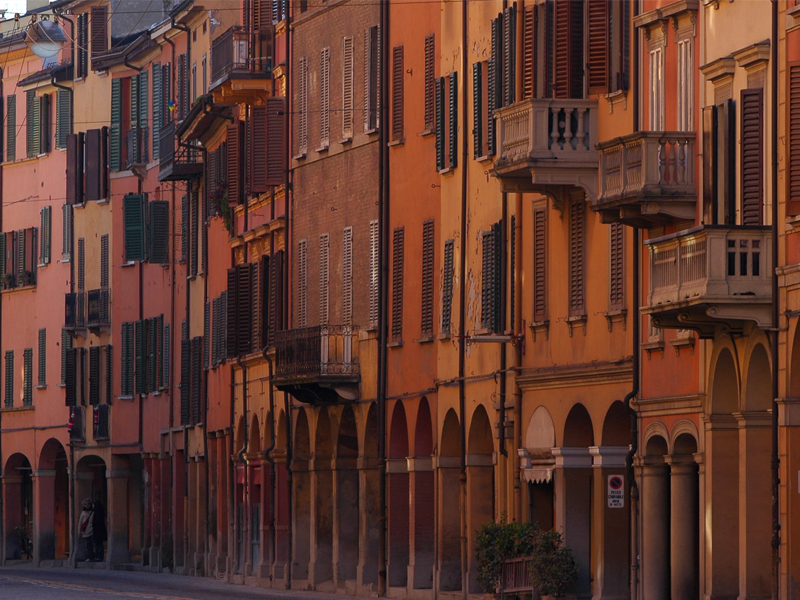 Wear your most comfortable shoes to visit Bologna’s landmarks: as a matter of fact, Bologna is most enjoyable to visit through a long, relaxing walk. Don’t worry if its’ raining or if it’s too hot: Bologna is built along a never-ending portico¸ a colonnade street, linking all the streets of Bologna and giving shelter to its visitors.

Start your itinerary at Piazza Maggiore, or as the citizens call it Piazza Grande. It’s the major square of the city, mainly famous for its Neptune fountain, standing in the middle and designed by the architect Tommaso Laureti, native of Palermo, in 1563.

If you are a student and you’re in Bologna, remember never to cross diagonally the square: the legend, in fact, says it brings bad luck for the achievement of your degree.
Lots of important buildings overlook the square. First and foremost, the San Petronio Basilica, the most important church of Bologna. The construction works started in 1390, but kept on going for centuries: to build such a majestic church, eight minor churches, towers and private dwellings had to be demolished.

Today, you can visit the Basilica and witness its grandeur, developed on three aisles with their chapels, like the Cappella Bolognini, which displays a wonderful fresco of the Three Wise Men, the Paradise and the Hell with a scary Lucifer in the middle.
Bologna is known worldwide for its towers. Among the hundreds of towers built between the XII and the XII century, today only a couple is still standing.

The towers used to have both a military and nobility aim, as they added prestigious to the family that ordered their constructions. The most important tower still present nowadays is the Asinelli one. Built from 1109 and 1119 by the Asinelli family, it was used as a military defense building as well as a place where to welcome soldiers after their battles. You can visit it by climbing the 498 steps taking you right to the top of the Torre, from which you’ll be able to see the entire Bologna.

After such an exhausting climb, we promise you won’t have to walk a lot to witness another amazing Bologna’s landmark. It’s not easy to spot, and this makes it still a hidden gem: head to via Piella and try to find a small window on a wall. Look through it: you’ll see the Canale delle Moline, a channel used for centuries as a water resource. The view is amazing, and in front of your eyes, you’ll witness something that seems like a painting, but that is true reality: a Bologna similar to Venezia, with colorful, small houses standing on the water.

A quick and delicious lunch

Now, take some time to rest while enjoying a quick and tasty lunch. One of Bologna’s most notable foods is the mortadella, a large cold sausage made of finely hashed, heat-cured pork and flavored with spices. You can go to any of the macellaio in town and ask for a panino con mortadella: with less than 5 euros, you’ll have your belly full for the rest of the day and your mind relieved!

Spend the afternoon in a park

Bologna has many green areas spread all around the city. One of the most notable is known as Giardini Margherita. In 1868, the mayor of Bologna bought the space and decided it was meant to treasure a wide, neat park, called after the then Queen of Italy, Margherita. Today, you can visit it and chill a bit: walking through its alleys means walking in a nice, English park, full of amazing trees and lakes.
Anyone is ready for a chat here: go on and ask some people to tell you the anecdotes of Bologna, they won’t say no for sure!

Dinner time at the Osteria dell’Orsa 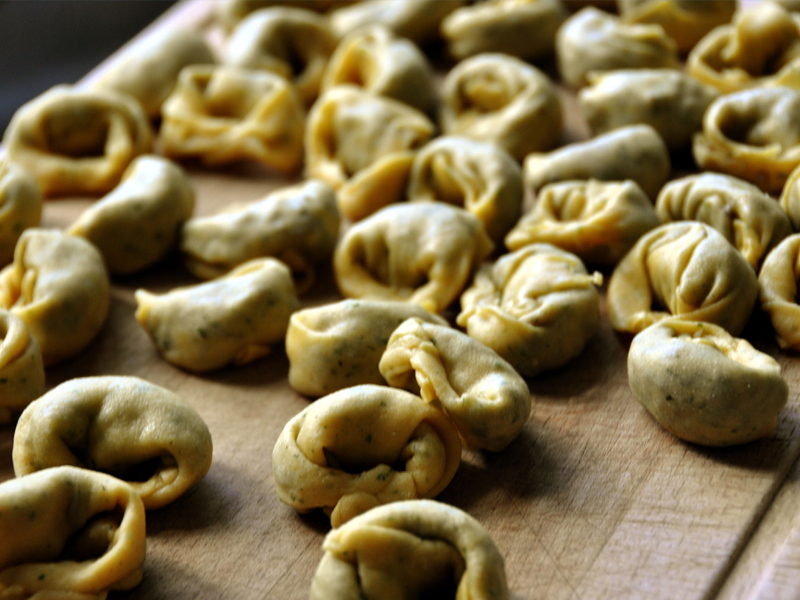 Follow this suggestion: reach Via Mentana as soon as you can, or you’ll end up waiting for at least one hour.
The Osteria dell’Orsa, in fact, is one of the best spots where to eat Bolognese food, loved by both tourists and citizens. Order some tigelle, a thin, round shaped bread perfect with cheeses and cold cuts. Then, as a main dish, we suggest you try the tagliatelle with ragù: long, flat ribbons, perfect to taste with meat sauce. If its’ cold and you wish to east something that will warm your soul up, choose the tortellini in brodo, a “belly button” shaped pasta stuffed with meat or cheese and served in boiling broth!
www.osteriadellorsa.com 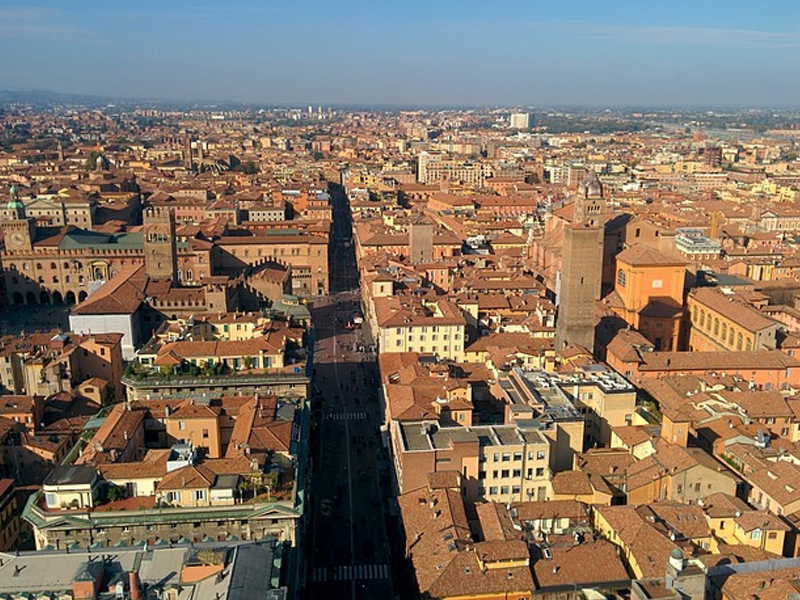 New York Times published an article about Bologna, this is the related video with their recommendations: