It has been described by Italian writer Umberto Saba as a city full of bad-tempered grace.

A city that makes it difficult to fall in love with, that hides its beauty behind an austere, severe look. Therefore, don’t expect a welcoming, postcard-like atmosphere, typical of other Italian cities. Expect something else, something that has bewildered many genius minds, like James Joyce and Stendhal. Follow our suggestions to peek into this cryptic yet marvelous “something else”.

Must-see in Trieste, the jewel of Friuli

In order to visit Trieste and to enjoy its true essence, you’ll need an entire day to dedicate to it. As a matter of fact, Trieste is a relatively small town hosting charming and closed-by attractions.
The first main attraction is the Unità Square together with its Audace dock. The square treasures Trieste’s troublesome history, that of a land that has always been disputed by different countries. After World War II, the square took its actual name of Unità, unity, reminding the people of Trieste of the fact that the city was Italian and was meant to stay so.

Piazza Unità is one of the biggest squares overlooking the European sea: here, several historical buildings parade, like the Major palace, the Region palace and the Pitteri Palace, the oldest one of the square. Piazza Unità treasures also the Four Continents Fountain, built between 1751 and 1754: it represents an allegory of the then-known four continents and Mussolini wanted it removed when he visited the city because he didn’t like Italian people to celebrate foreigners. Luckily, after the fall of fascism, it was re-placed back where it belongs. 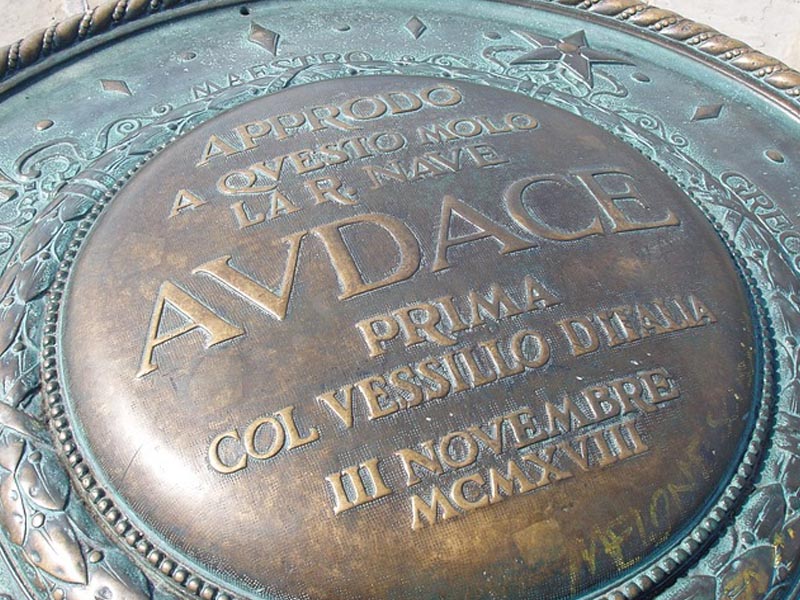 In front of the square, the Audace dock unknots: it owes its name to the first boat that ever entered in the Trieste harbor after the end of World War I.
After the tour of the square, you should head to the Miramare Castle, described by poet Carducci as a “love nest vainly built”. As a matter of fact, it was built by Archduke Ferdinando Massimiliano d’Asburgo in 1850 for his beloved Carlotta del Belgio.

The couple never made it to their love nest because Massimiliano was killed in Mexico before he had the chance to move in and Carlotta lost her mind. Today, you can still visit the casted castle, with its eclectic style, mixing gothic and medieval architectural elements together.

It’s now time to take a break and to relax in one of the historical cafés of the city. If you love Joyce and you have read his Dubliners, you should visit the Pirona Pasticceria: during his Italian years, the writer spent many hours in this elegant pastry shop, eating a bignè or sipping a hot chocolate and writing the Dubliners pages. How can we blame him? The bignè are still amazing today.

After such a sweet rest, we suggest you enjoy the view of one of the most interesting monuments of Trieste: the Victory Lighthouse. Full of patriotic symbolism, the lighthouse was built during the Fascist period to celebrate the victory of Italy against the Austro-Hungarian Empire.

The lighthouse was actually built where an Austrian fortress used to stand, when Trieste was under the Austrian domination. Finally, after all this architectural wonders, you can end your visit by witnessing a Natural beauty, the Giant Grotto. Nature took over 10-million years to build such an impressive cave, first visited in 1908. Since then, nothing has changed: you enter a natural door and climb down 80 meters-deep. You’ll soon find yourself in a wide space, full of glimmering hues, reflecting stalactites and coal flows. Better have comfy shoes with you! 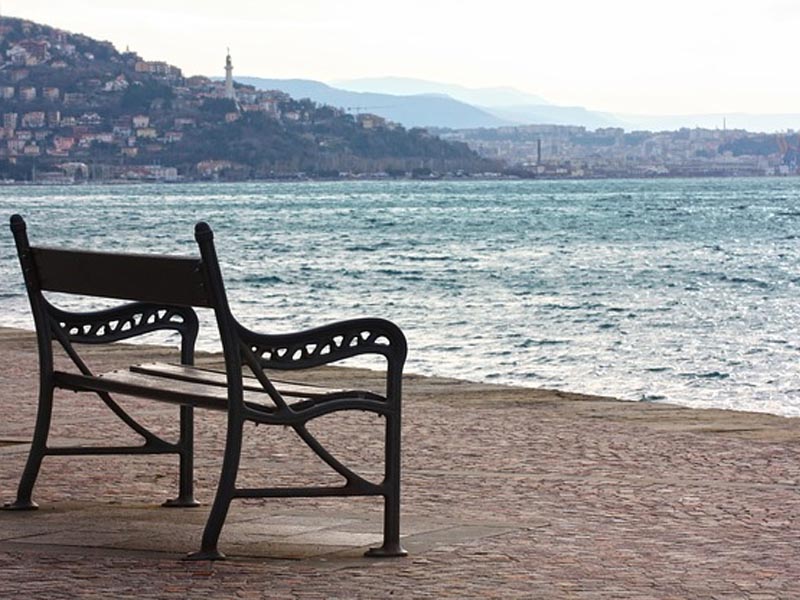