Aside the small dimension of this island, solely ten square kilometres, Capri is famous around the World for all the big personalities and famous artists that have been inspired by its beauty. So do not miss the chance to go on a Private Capri day trip by Exploro Tours to enjoy the best of this unique jewellery during your journey to Italy.

On a one-day trip to discover Capri 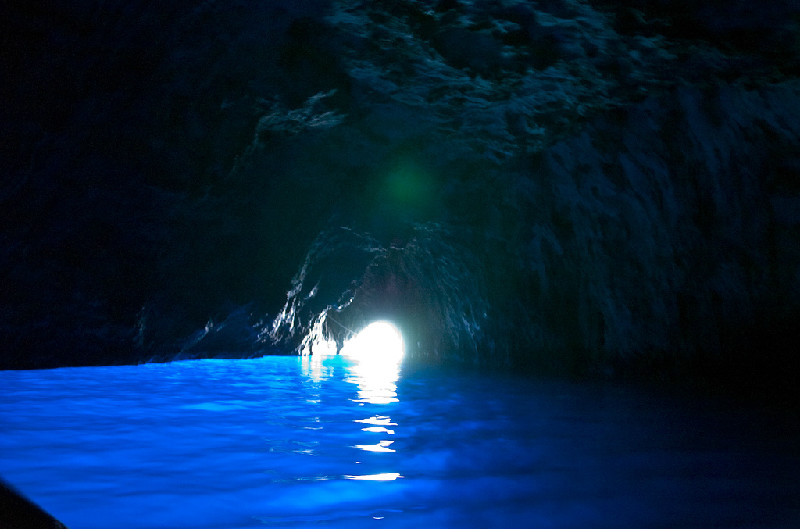 Departing from Rome for a three-hour drive to the port of Naples that will fill you with the panoramic view of the Italian countryside of the Castelli Romani right to the Tyrrhenian coast, a hydrofoil will then shortly take you to your destination: Capri.

The sailing adventure continues with a boat ride to the Blue Grotto, a unique creation of Mother Nature that from an opening of only one metre on the sea will take you in another dimension where everything turns blue thanks to the reflects of the light in the crystal-clear water.

All the colours of Capri 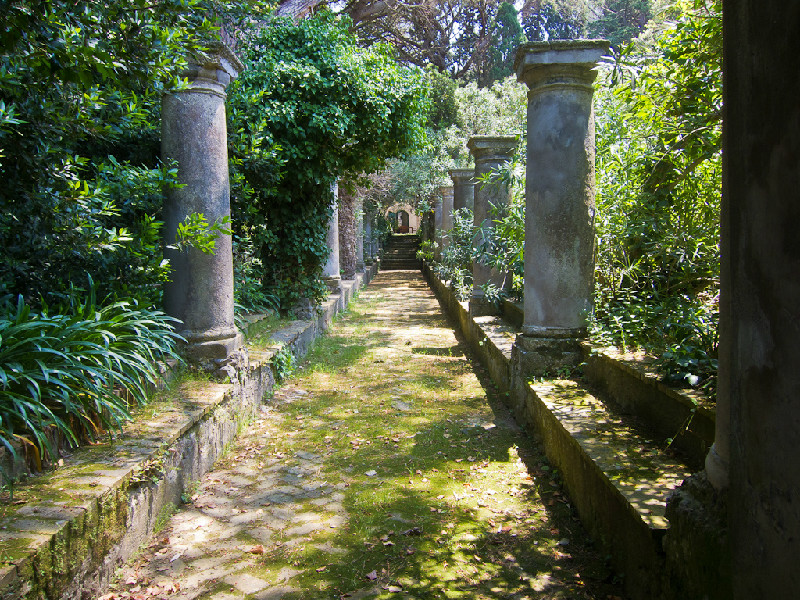 As far as blue can be considered the prevailing colour of this island in the Mediterranean Sea, Capri has much more to offer to your senses. Just a short bus drive away will get you to Anacapri and its different attractions. One of these is certainly Villa San Michele, built by the 19th century’s doctor Axel Munthe, with its collection of finds of the island as well as arriving from other countries, and the beautiful garden with the overview on the Gulf of Naples. 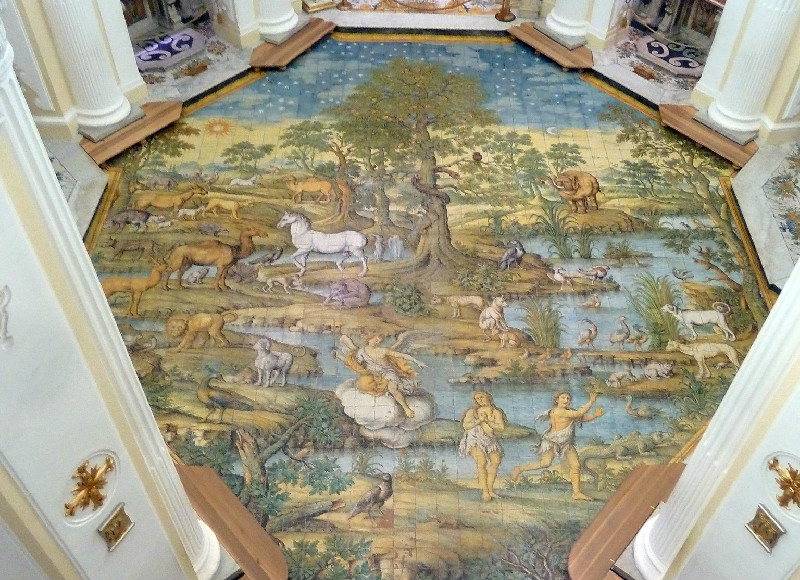 Then, the 18th century Church of St Michael the Archangel, in Anacapri, has your eyes and soul wondering around its Baroque style architecture and the majolica floor mosaic representing the Paradise on Earth and the original sin, painted by Leonardo Chianese.

Another renowned historical residence is the Casa Rossa (Red House), an eclectic style building that the American Colonel John Clay MacKowen created welcoming the visitors with a Greek inscription saying “Greetings, citizen of the land of idleness”. Today it is a museum with paintings of the Isle of Capri and many archaeological finds, but it also opens its doors for cultural events and temporary exhibitions. 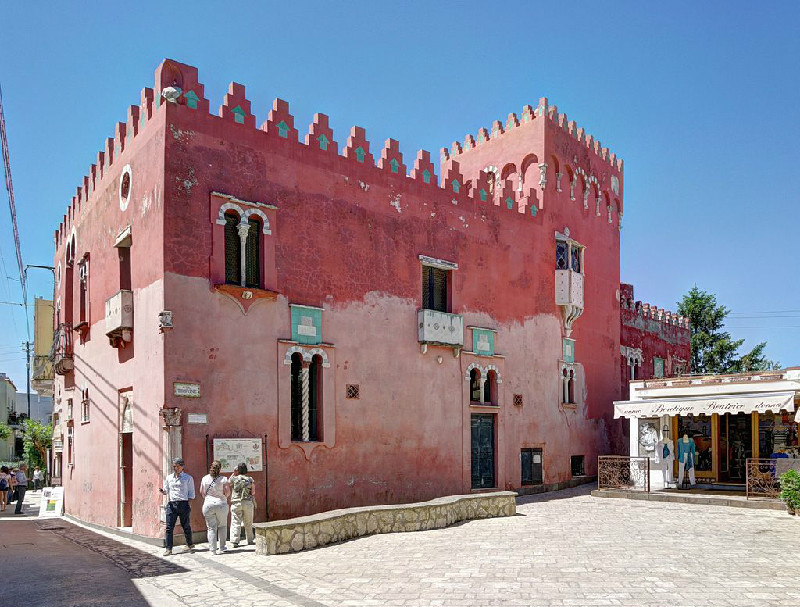 Diving in nature before resting in the famous Piazzetta

The chairlift is the best way to reach Mount Solaro, the highest point of Capri to enjoy the beautiful landscape through its nature and sea. From the summit of the mount, you can choose to take a walk to the hermitage of Santa Maria a Cetrella, a 15th century’s tiny church where sailors used to go to ask for protection in the sea. 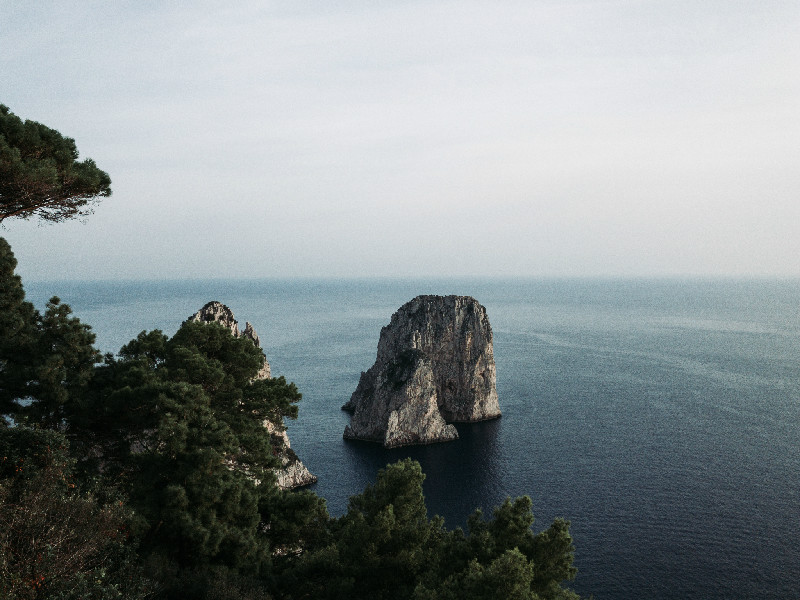 Getting back down to the city of Capri, you can also visit the Roman Emperor Augustus Gardens, a panoramic terrace green area looking at the renowned Faraglioni, and via Krupp, the walking path commissioned by the same name German industrialist of the early 20th century who used to visit Capri every summer. 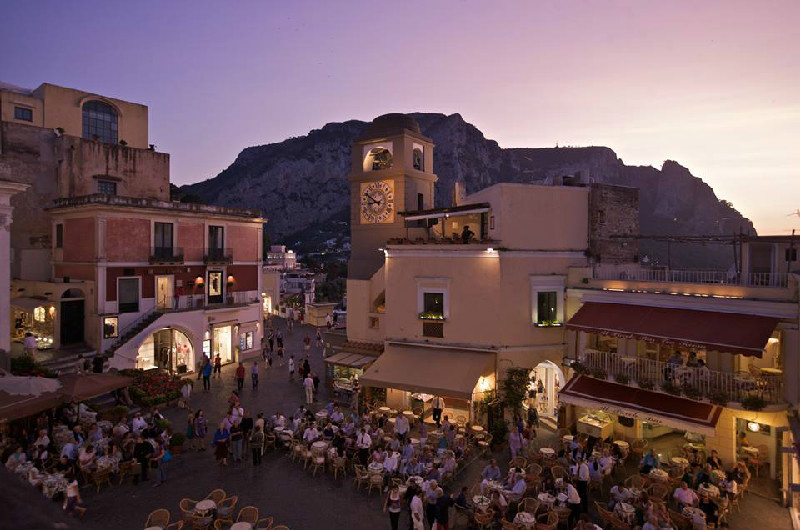 Last but not least, the glamourous Piazzetta of Capri to enjoy a drink and some shopping with the suggestions of your personal escort for this visit before leaving back for the mainland and Rome.