This statement may surprise a foreigner who does not mine visited both cities, but for an Italian who knows both this news would not be entirely shocking. Milan is certainly the most European Italian City. Over the last ten years, Milan has changed not only its skyline but also, thanks to the EXPO 2015, it has acquired a strong appeal for tourists.

However, Milan is a city that has a hidden charm. You can discover it with a brief tour, understanding the differences with other Italian capitals, which are often comparable to open-air museums. We don’t want to make comparisons but Milan has become a much more beautiful city, perhaps as it never has been, very livable and enjoyable. 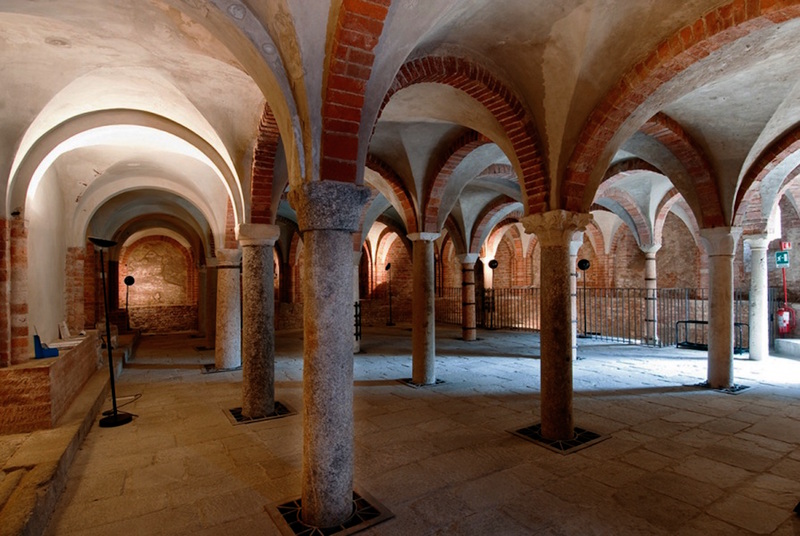 These features are a great attraction for a foreign visitor, used to choose a destination based on available comforts and on the wide choice of events to join.
All we know Milan for its Duomo, the Scala Theater or its football teams, FC Inter and AC Milan. Many tourists are intrigued to see the symbols of the new Milan; the new skyline for example, than for large Italian cities is definitely a new thing. Many agree that Milan after this restyling came close to London, a city that in recent decades has changed very much aesthetically. 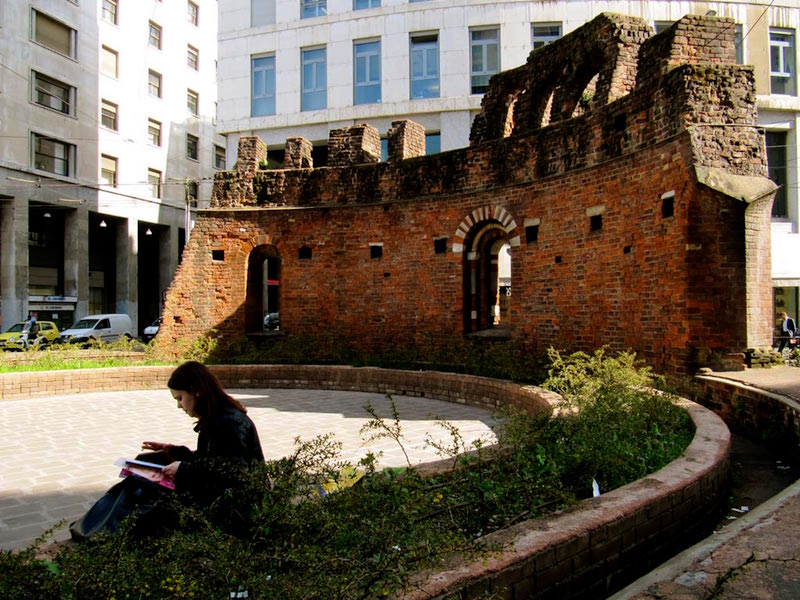 Sure, maybe for a New Yorker the mirrored skyscrapers that rise in the Porta Nuova do not affect much. A foreign tourist who is in Italy is especially attracted to what you do not find at home. Milan knows how to be a unique city even though you see it before. The first time you must dedicate your time to the symbols of the city, but the other times you may discover a hidden side of the city. A walk to Milan is an opportunity to discover many of its secrets.
Not everyone knows that in Milan, as in Paris, there is a hidden treasure: its underground catacombs. A world apart, that many tourists do not know the existence. A world linked to the history of the early Christian communities from Nero to the time of Constantine.

Milan underground is undoubtedly a fascinating journey, full of surprises. Under the road surface, it has been discovered buried kilometers of secret passages and tunnels, through crypts, bunkers and basements, tracing the history of the city from its origins to the Second World War. Under the pavement of the square runs a labyrinth of narrow tunnels that runs through the city center connecting the crypts and the foundations of the old nerve centers of religious life in Milan policy in the Romanesque period and in the middle age.

In Piazza Missori you will find the crypt of the early Christian basilica of San Giovanni in Conca, dating back to IV-V century.
The church was shot down during The Second War Would. It’s the most precious Milanese Romanesque crypt along with those of the Holy Sepulcher and of St. Vincent in Prato. Inside you can still see remains of sarcophagi, columns and capitals that ancient era. It seems an enchanted place, a place where you feel the “presence” of the vestiges of our predecessors: it is a dimension of history steeped in Milan, an area unfortunately unknown to most of the Milanese themselves. Once inside the crypt, you will end up in the ground in the silence of a thousand year old place and guests can contemplate the story.

Around lunchtime we can suggest you a walk to La Latteria, in the heart of Brera.
The visit to La Latteria in via San Marco is one of the historical sites in Milan. There was a time when the dairies were places so popular cross them at every street corner. Since 1965 Ms. Maria Maggi and her husband Arturo run this place. A former dairy in a neat little room offers thirty seats. On the walls there are paintings in flowered and adorned with ceramic tiles. You have the idea of being in another dimension, where time seems to stand still traditional cuisine, worked with trade and a certain passion. 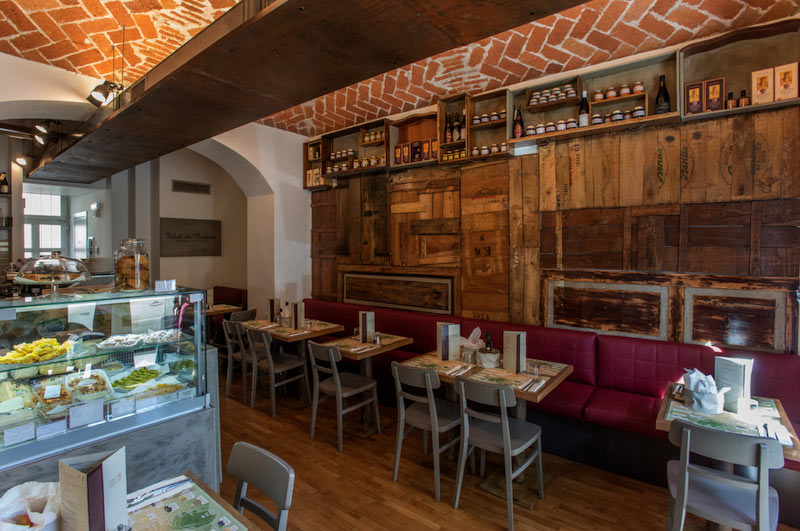 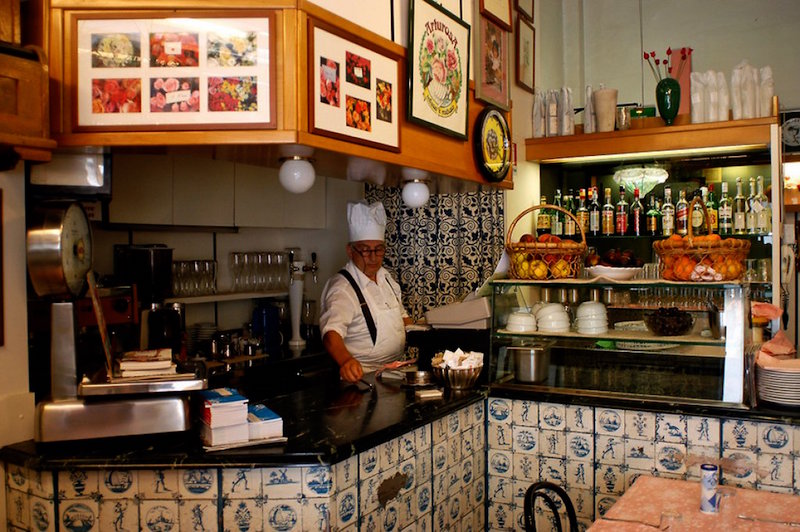 Still crossing the city center and you head for another historic area, Porta Ticinese quarter. Here for a couple of years a new bookshop has arisen, Verso.
Verso is a bookshop, a bar, meeting space in the heart of Milan’s nightlife, just steps away from the San Lorenzo Columns. Hopefully become a landmark for book lovers in Milan, a meeting place for readers, writers, artists that offers everything except spaces for culture. 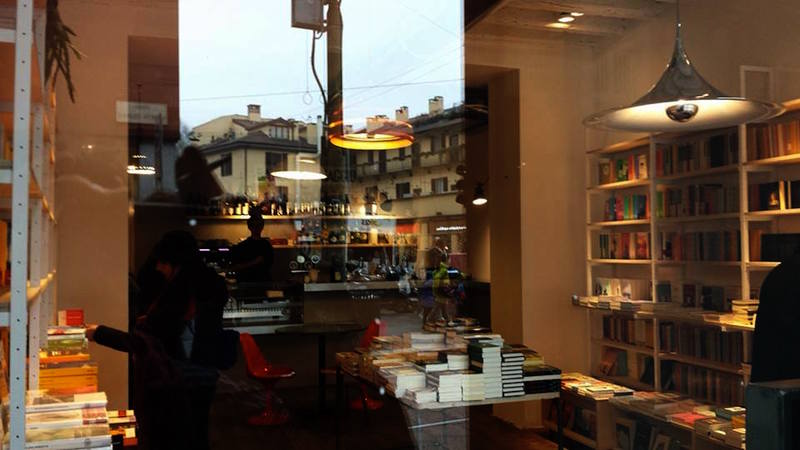 In a short time it has become a point of reference for the Milanese cultural life, where you gather readers, with a cozy bar, for those who return home from work. There is also a space for children in the midst of books and games, and for their parents is a pleasure to get them there. 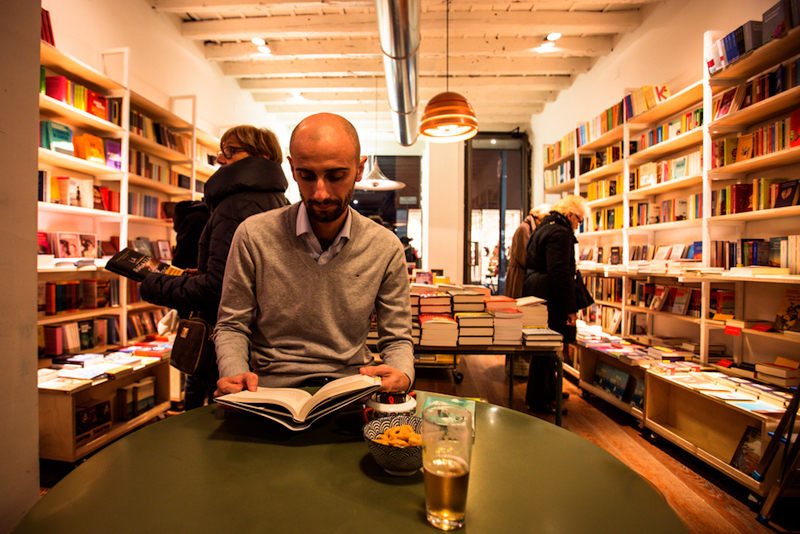 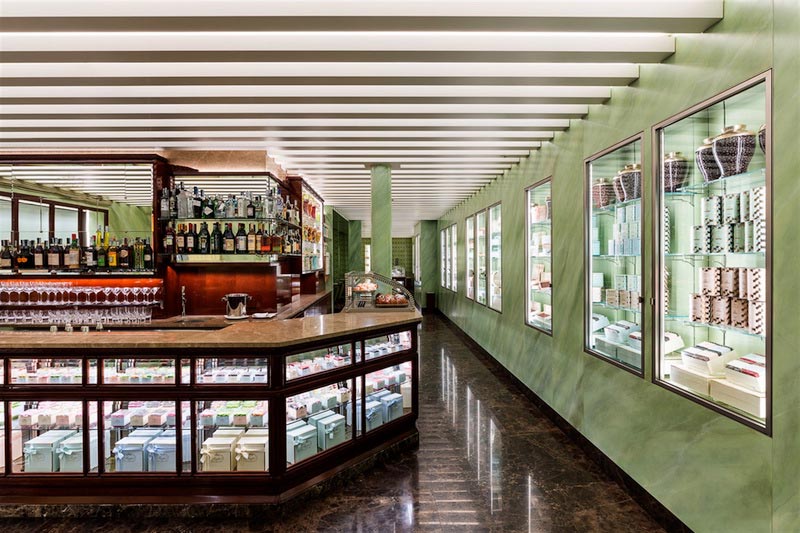 Landmark of the Verso is definitely McNally & Jackson in Manhattan, among the first to launch a concept store with a library, a bar, but Verso has looked also to places like Belle Hortense in the Marais in Paris or London Review of Books Shop from London. Here you can dine, drink a glass of wine and afternoon tea, wandering from one floor and be attracted by the magic of the books on the shelves. The wines are selected throughout Italy mostly from small wineries but they do quality work. It does not miss the beer on tap and there are plenty of cocktails.

Wandering through the center you can go to discover the historic Pasticceria Marchesi one of the historic pastry shops and one of the symbols of Milan. Established in 1824, its history is the synthesis of tradition and Italian creativity. 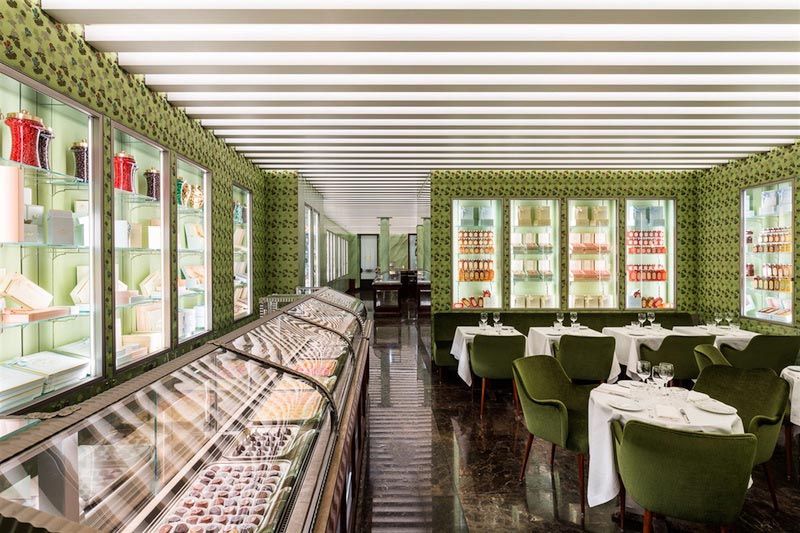 After the historic shop in Via Santa Maria alla Porta, near the stock exchange building, it was inaugurated in September one shop in Via Monte Napoleone, inside the house of Prada Uomo. Alps green marble floors, ceilings with exposed beams and furniture, consistent with the image and pastry tradition, reminiscent of the style and the original spirit of the historic store in Via Santa Maria alla Porta, recreating that elegant atmosphere for over 150 years, it is characteristic of the Marquis.

A part of the store is dedicated to an elegant tea room where you can make breakfast, lunch and evening aperitifs.