A labyrinth with endless stairs, a place where geometry meets magic. Or, in other words, the key features of Escher’s paintings. Staring at his masterpieces means becoming part of a blurred realm, where there’s no definite line between possibility and reality. It means wondering what you’d do if you could enter those paintings.

Now: there’s not an app yet that allows you to touch a piece of art and become part of it. But, hurray, there’s a hamlet that perfectly fits Escher’s schemes and realities. It’s called la Scarzuola and it’s a visionary hamlet standing in between magic and reality. 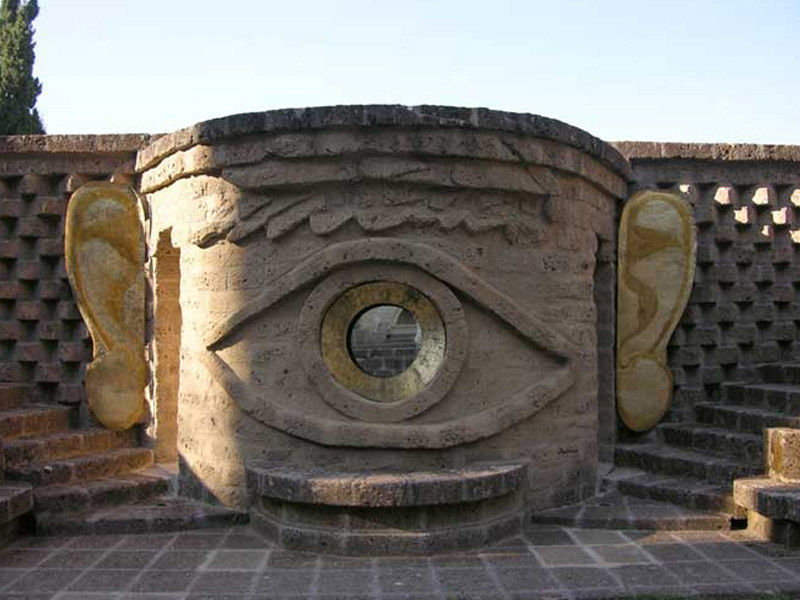 From S. Francesco to Tomaso Buzzi 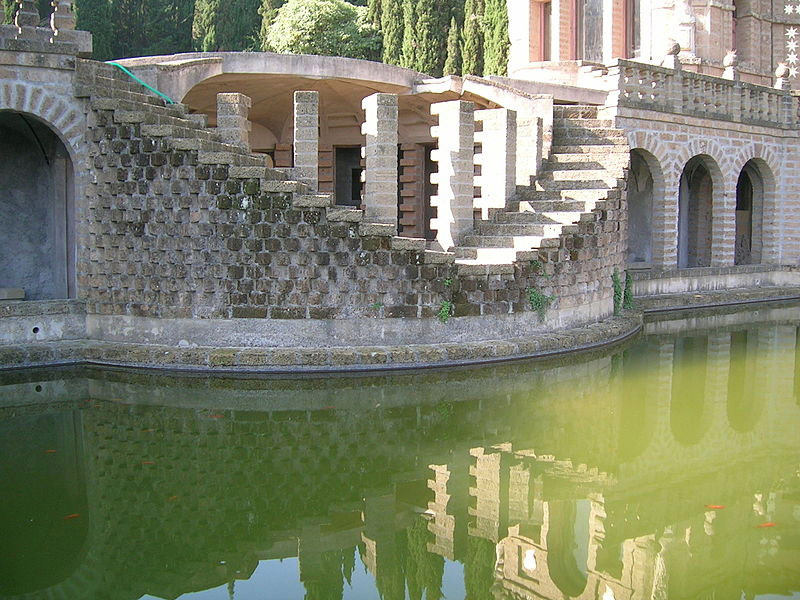 It’s neither easy to spot, nor to reach: la Scarzuola is a hamlet hidden on Montegiove, in the Montegabbone municipality (Terni). Finding it means coming across a new scenario, both evocative and surrealistic.

According to the myth, la Scarzuola was founded by S. Francesco d’Assisi in 1218. He planted a laurel tree on Montegiove and, from there, a water spring appeared. S. Francesco used a swamp plant, known in Italian as scarza, to build a hut as a repair.

Soon after S. Francesco’s death, a church dedicated to the Saint was built, treasuring a fresco portraying him. For over 700 years, la Scarzuola was abandoned to itself, until 1956, when architect Tomaso Buzzi discovered it and purchased the territory. Buzzi had understood that the silence of Montegiove could hide a precious place, shaped accordingly to his creative imagination.

Tomaso Buzzi was inspired by Francesco Colonna’s Hypnerotomachia Poliphili, Filarete’s Sforzinda and D’Annunzio’s Vittoriale. His cultural references, mixed together with his genius and eclectic mind and style, resulted in the creation of a spectacular place, something that, according to the architect himself, reflects his most free, intimate and primordial self.

“Although living in the Bel Mondo”, Buzzi explained, “and working as one of you […], I actually live my life in a dream, among my papers, my drawings, my sculptures. And la Scarzuola becomes, every day, my open-eyed dream.”

Visiting la Scarzuola: a travel that doesn’t end with a destination 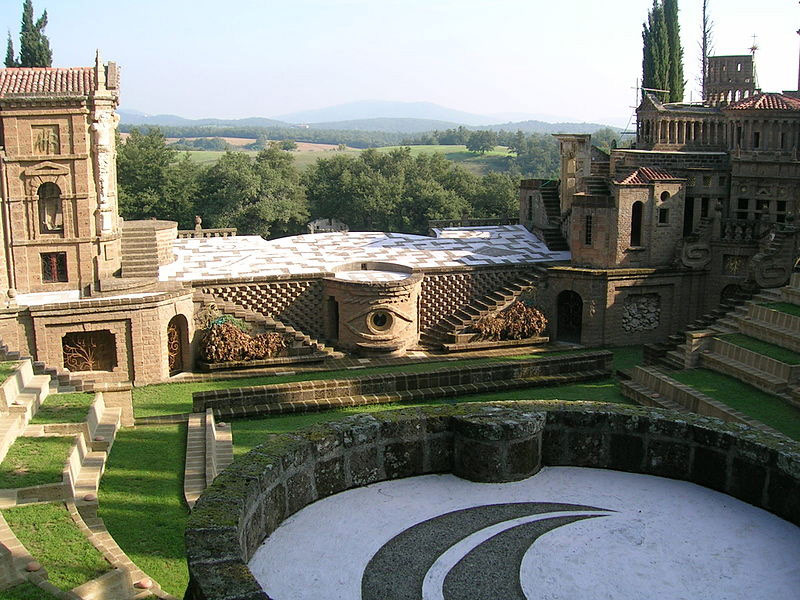 When Buzzi designed la Scarzuola architecture, he decided to make it look like a symbolic place, where complex and disorienting design create an initiating path, full of hidden symbols and with the explicit aim to shock and surprise its visitors.

Before entering Buzzi’s palace, you’ll meet a stoned cave, where S. Francesco made the spring spur. Here, the visitor meets three doors: the Gloria Dei door, taking to the church and, thus, to the divine the Mater Amoris door, taking to Cupid’s vessel the Gloria Mundi door. This door doesn’t take the visitor to a particular destination, but rather back to the beginning of the path, thus demonstrating life’s triviality

“Apart from the sacred side, connected to S. Francesco, everything here is a theatre”. As a matter of fact, when crossing the doors’ thresholds, you’ll enter a real theater, made of peculiar installations gathered in seven different theatrical scenes. One of them includes a big eye with a mirror where the pupil usually stands: the visitor is, therefore, put in front of his image that unveils all his prejudices and the worlds’ external pressures.

Many other elements and symbols are to be discovered, but only the unhappy few, as Buzzi states, can understand it truly. Are you going to be a part of them?