The smallest region in Italy is located on the border with France and Switzerland. The Valle d’Aosta has the most majestic mountains of Europe. Here we find the peaks of the Matterhorn, Monte Rosa, Gran Paradiso and the Mont Blanc, which by its 4810 m. is the highest mountain in Europe.

Valle d’Aosta is considered, as well as Trentino Alto Adige, a foreign region in Italy; a kind of link with France, which is manifested by its official bilingualism and its status of autonomous region.

In the nineteenth century the mountains of Valle d’Aosta, together with those from Savoie and Swiss, became sources of inspiration for the romantic artists. Painters, writers and poets, they traveled the region and immortalized its landscapes: among others Turner, Stendhal, Alexandre Dumas, Leo Tolstoy, Giosuè Carducci and Giuseppe Giacosa. 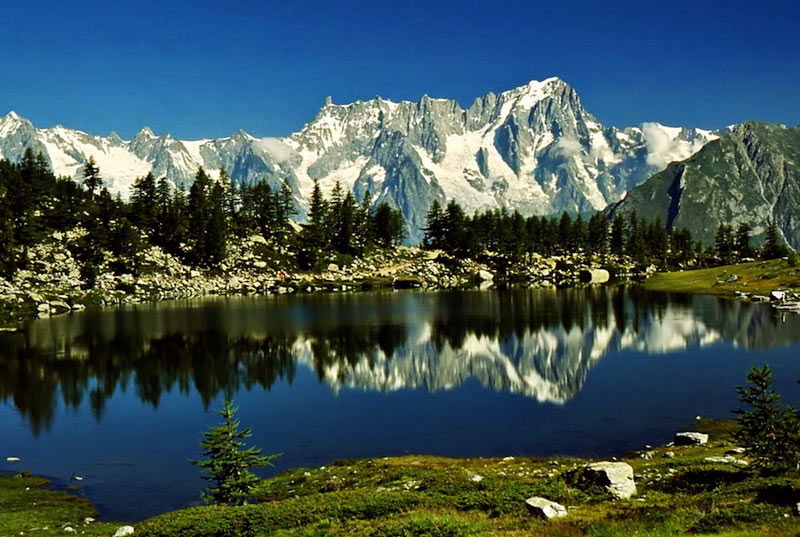 The Aosta Valley is an extraordinarily interesting region in terms of natural-environmental, rich by woods, valleys and mountains. Valle d’Aosta passes are some natural habitat of numerous animal and plant species typical of these mountains. Three are numerous parks and nature reserves in the Valle d’Aosta, wildlife sanctuaries that you can visit to experience the beauty of nature. 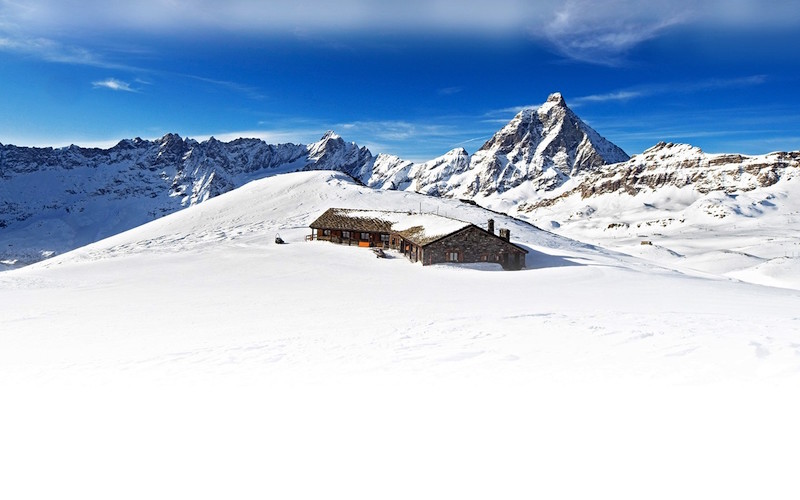 That’s because the Valle d’Aosta maintains a high-level tourist even when the ski season is over.
So its tourism is surely its main asset. In the summer season the valleys are frequented by hikers which remain bewitched by their beauty. 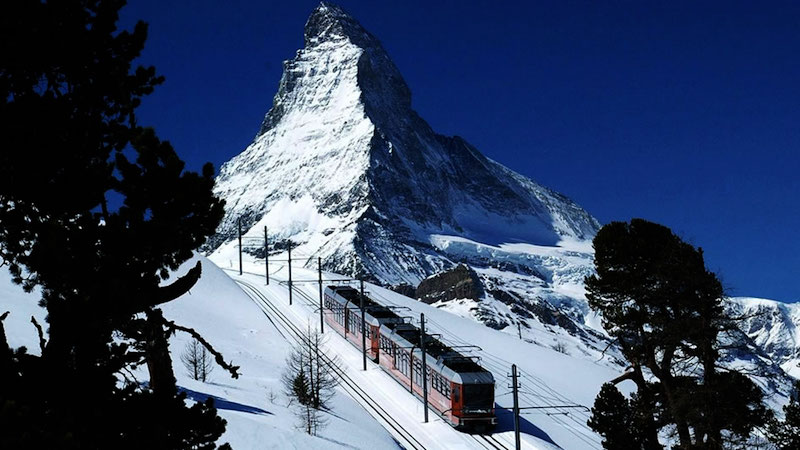 The Valle d’Aosta is the queen of the Italian regions for skiing.
Every season, which starts in November till to the end in the spring, fans from around the world come in the Val d’Aosta to try its very efficient ski areas.

Skiing in a place like Cervinia is truly spectacular. The magnificence of the mountains that surround this pretty village, offers a unique theatrical show, where the famous Matterhorn is the most recognizable top by its 4478 meters. Here you can find one of the largest and most comprehensive ski areas in the Alps. Cervinia has plenty of choices for skiers, thanks to its links with the Zermatt plants just across the Swiss border. There are many slopes for all levels, from the famous Ventina black slope to the carousels of the Cielo Alto and Rothorn. Cervinia is considered one of the best ski resorts in Europe, even because the snow is always guaranteed thanks to the glacier of Plateau Rosa. 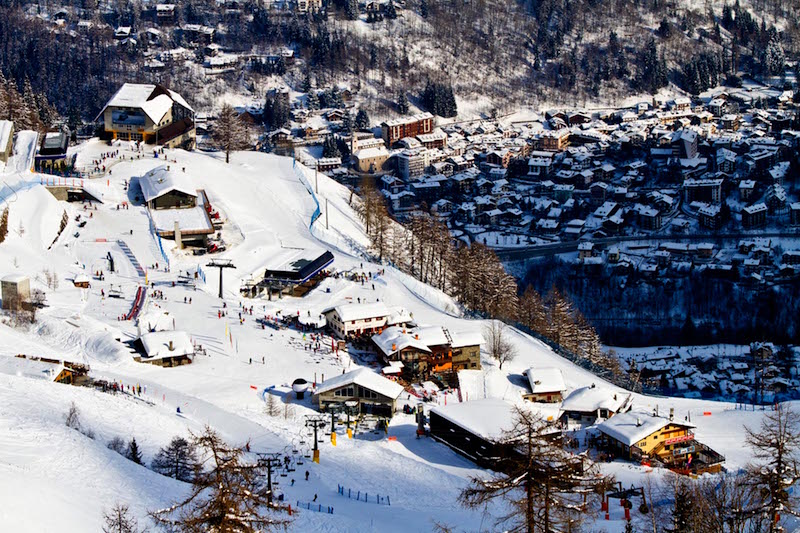 La Thuile is located in the Piccolo San Bernardo pass. Skiing fans love particularly this place because it is a complete sky area, made by many slopes of medium difficulty setting. A network of sky slopes that connect La Thuile pass to the nearby Val d’Isere and the slopes in La Rosière.

At La Thuile there are so many respected and authoritative ski schools and it is considered the best winter destination in Valle d’Aosta. La Thuile is very frequented even in summer time; here the mountain bikers can find 220 km of itineraries, with different difficulty levels and divided between Italy and France. The La Thuile bike park includes tracks derived from ancient walkways and surrounded by woods and pastures, with the Mont Blanc Massif, which dominates the village. 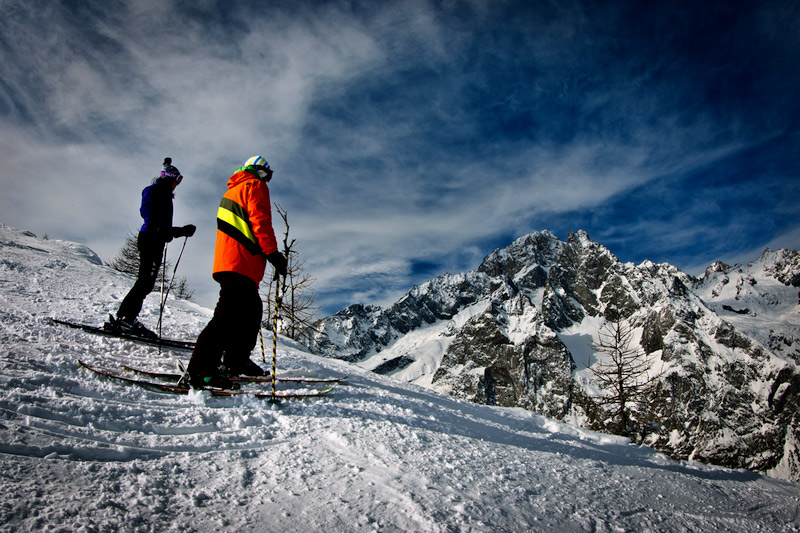 Courmayeur Skiing means skiing beneath the Mont Blanc. It’s hard to describe in a few words the beauty of these landscapes. There are 150 km of slopes for every difficulty, in the tradition of the great skiing in Valle d’Aosta. At Courmayeur there are also important paths for cross-country skiing fans, probably the most beautiful of the mountains of Valle d’Aosta. Courmayeur is also an opportunity to ski near the beautiful paths of the Vallée Blanche, accompanied by expert guides in the area. Courmayeur is one of the historical capitals of mountaineering and mountain excursions. 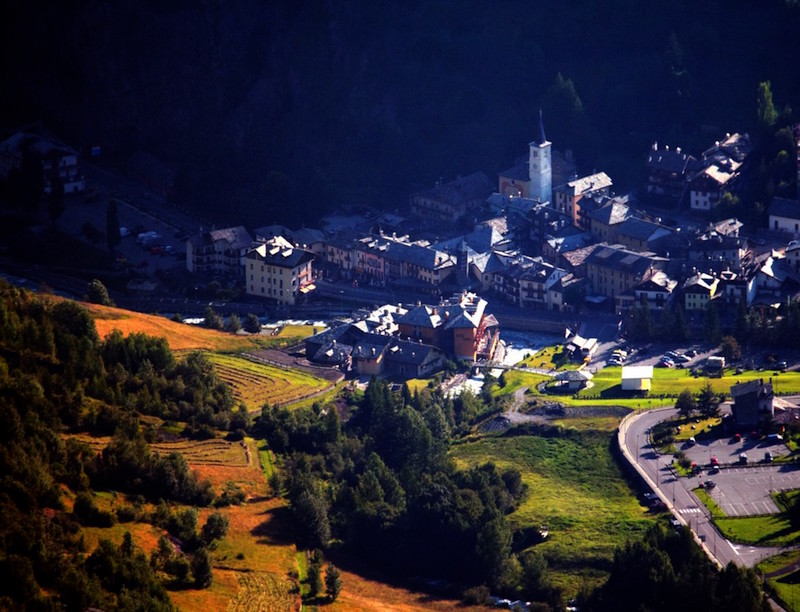 Beyond to be so famous and known for skiing, Courmayeur is considered one of the most glamorous winter resorts. The town has an international reputation for its authentic mountain ambience that t you can breathe strolling through the shops of the central Via Roma to the smallest corners. Courmayeur is a very popular even in mid-summer; many hikers come here to enjoy the unique beauty of Mont Blanc pass. 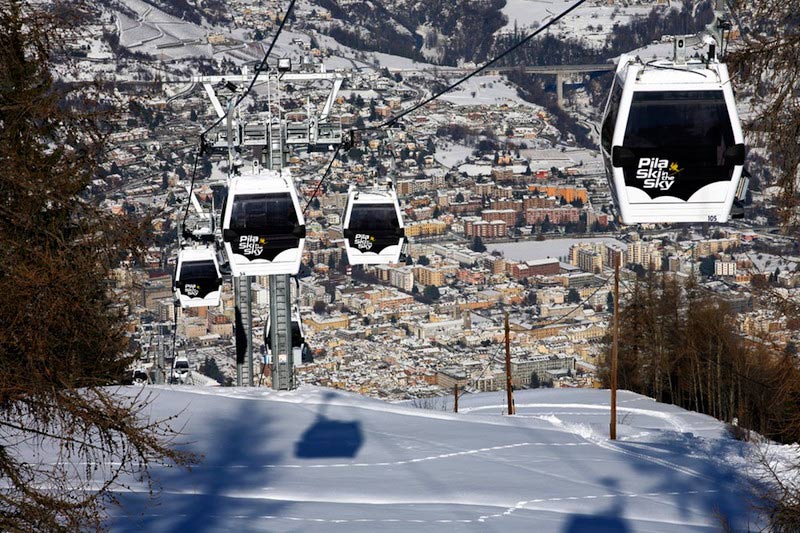 Pila is a few kilometers from Aosta. There are seventy kilometers slops and it is considered the ideal place for those who want to begin to ski in Val d’Aosta. In fact there are many ski schools for beginners, where the first steps. Pila also has one of the best Italian snow parks for freestyle skiers and snowboarders with a kids tracks managed by the ski instructors, with games and activities. 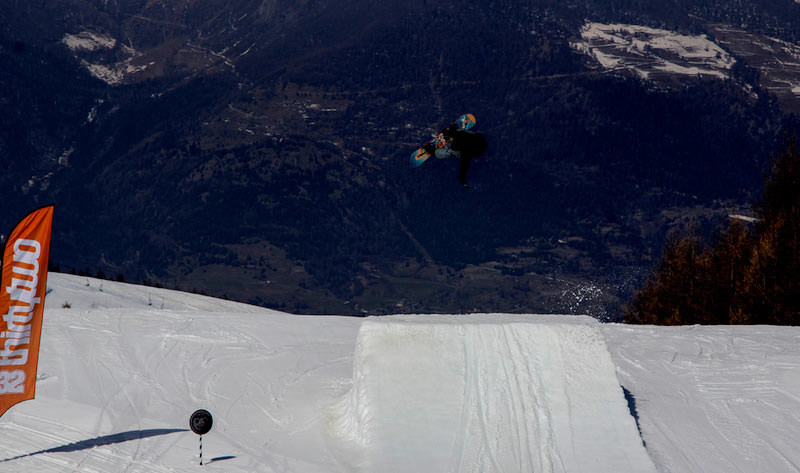