In Italy, the word art is often associated with frescos, statues and paintings.
It’s a glorious art, which was made in ancient times and which has survived the passing of time.
What it doesn’t refer to is another kind of art, that of independent painters who give for free their creations and allow for the entire world to witness their overwhelming beauties, without having to pay a ticket fee.

They’re the people’s artists and they pursue the Street Art philosophy.

Nobody knows him: as many street artists, Nemo’s is another pair of anonymous hands shaping marvellous creations that, unlike its makers, are world-wide seen, known and appreciated.
His works spread out all over Italy and are a testimony of not only his genius but also his deep value of environmental matters: in fact, he only uses recycled materials to make his works.

First and foremost, we want to point out Piacenza’s wall painting: a man, whose eyes are run through a true road signal, has his skin completely designed with the pages of a well-known Italian newspaper, the Sole 24 Ore.
He used post-its, paper mats and abandoned newspaper to create another astonishing piece of art, this one treasured in Milan, in an abandoned foundry: a wealthy, opulent man, with long, slight arms is trying to reach out to some money.

Nemo’s wears his characters with ripped up paper, thus showing us how futile life really is.
http://www.whoisnemos.com/ 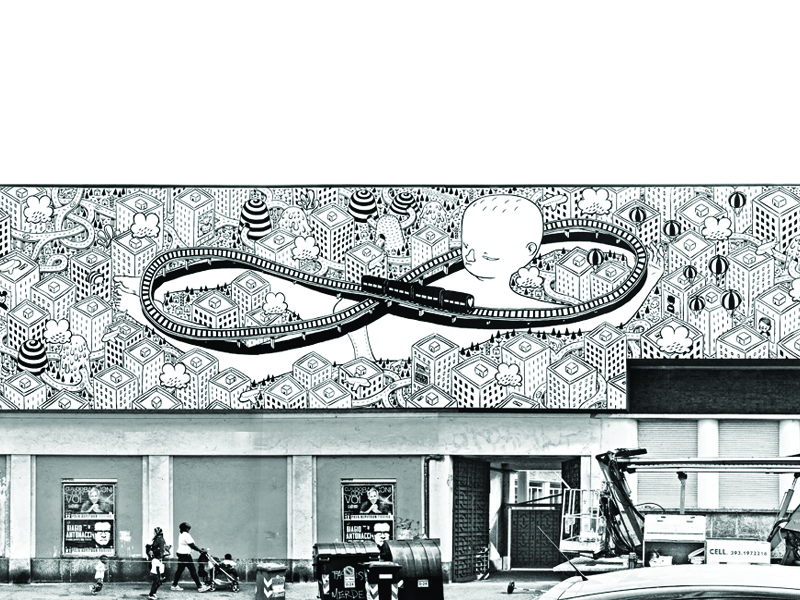 Unlike his former colleague, we know many things about Millo.
He comes from Mesagne, a small town of Apulia. He graduated in architecture and learned the basics of material, lines and shapes use. Soon, he learned to transform the theory into practice and he started organizing personal exhibitions both in Italy and in foreign countries: his artistic skills have soon been appreciated worldwide and nowadays he is recognized as a valuable Italian Street Artist.

The Huffington Post says about him “Sometimes coyly surreal, other times borderline terrifying, his designs appear like Brazilian brothers Os Gemeos’ street art mixed with the black-and-white world of graphic novelist Yumi Sakugawa. Needless to say, we like it.”

As far as Turin is concerned, Millo arrives in the city and takes part in a project known as Habitat: 13 graffiti meant to revolutionize the neighbourhood Barriere di Milano.
Initially, Barriere di Milano was a gloomy district, with nothing but tall, grey buildings: Millo gives it a new face that dialogues over the themes of humanity and metropolis.
The Barriere di Milano neighbourhood thus has become a huge, deep narration, with man as the main protagonist.
http://www.millo.biz/category/works/murals/

From Turin to Rome: Iacurci’s wonders 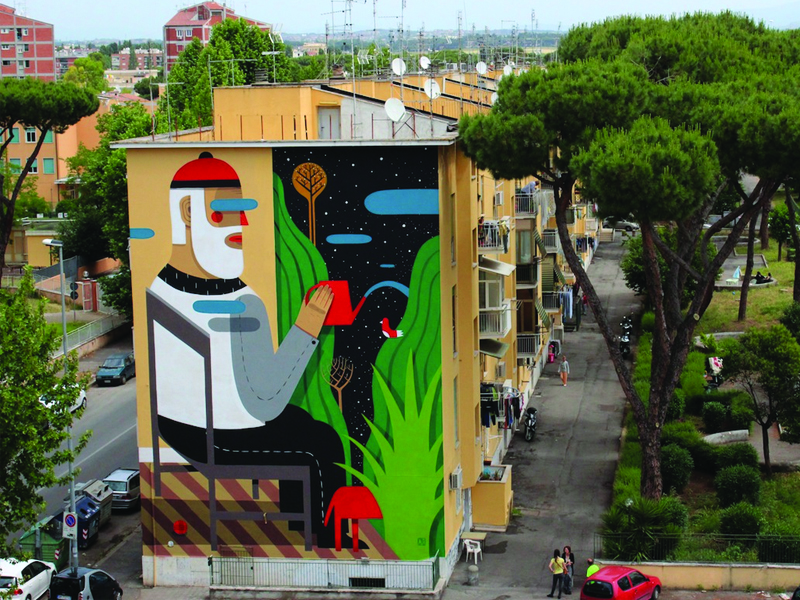 San Basilio is a neighbourhood situated in the north-east of Rome. In the 2014 requalification, the major of Rome called over some artists to give it a new, younger and more welcoming look.

One of those artists was Agostino Iacurci, born in 1986 and since his youth illustrator and painter. He has covered Rome with his creations, some more eye-catching, others hidden in dark corners. One of them is easy to spot and is the one known as the Blind Wall and standing in the San Basilio neighbourhood.

The painting occupying a tall house wall shows us the difference between day and night and puts at the centre of the picture the image of a huge old man. The man is a symbol for Roma’s seniors, those sitting on benches: they may look like they only observe the world, rather than taking part in it, but they actually make it flourish with their wisdom and care. 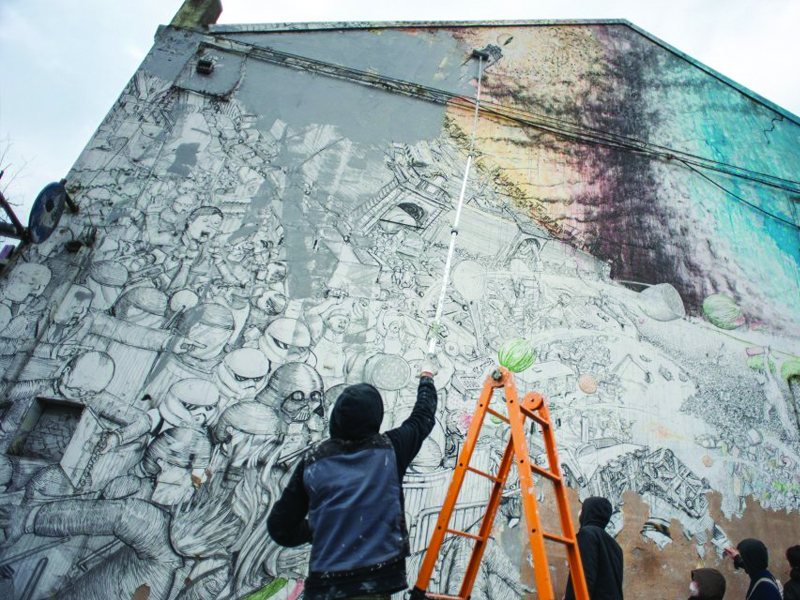 He’s another disguised face, another anonymous artist. Who, however, became extremely popular in the last few days. Why? Because he decided to cancel all his graffiti.
Blu is an icon of Bologna Street Art scene: his works of art have literally covered every abandoned, disused wall and gave it a new, brilliant life.

They have done it for years. Now, everything is grey again.

Blu has often been referred to as the Italian Bansky. He has decided to make such a tough action to oppose the recent decision of a wealthy cultural association known as Genus Bononiae: the decision to organize a Street Art exhibition inside a museum.
How is it possible, you say? By taking away from the streets entire walls and lock them in some rooms, in this way destroying the concept of Street Art.

Blu has decided not to take part in the exhibition through this protest act. We don’t know if he’s been right or wrong: what we know is that Italy has lost part of its beauty. 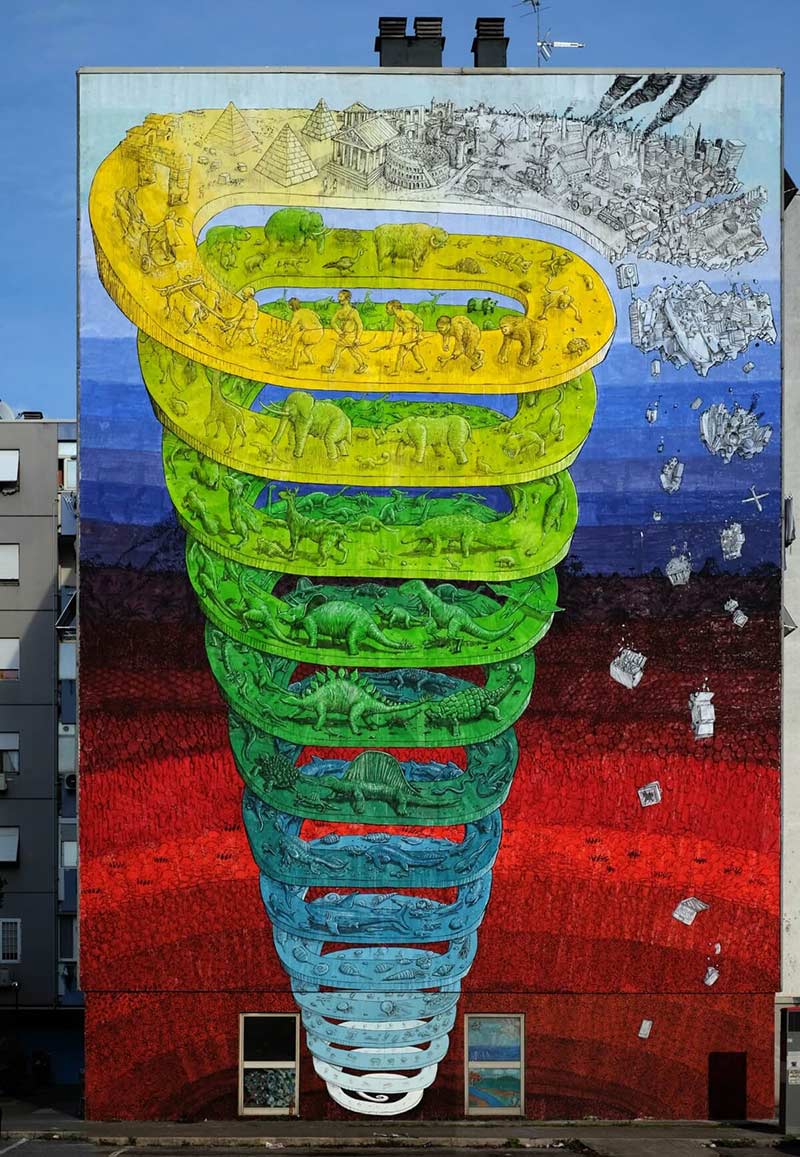 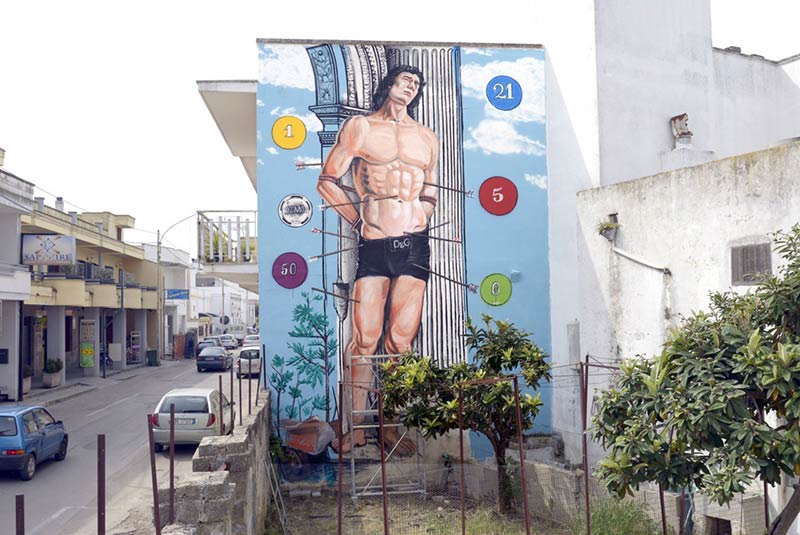 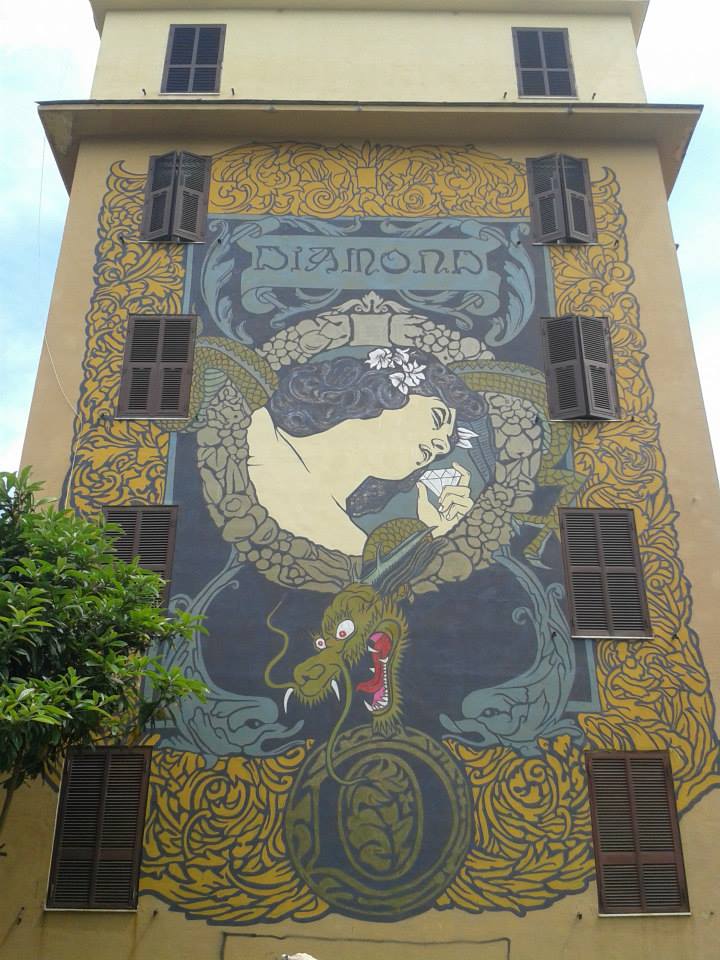