They say people in Milan are as grey as the fog that surrounds the city: apparently, they are always on a hurry and only interested in making money. This is, in some way, true. But living in Milan means not only chasing appointments and busses.

It also means partying as hard and as long as you can. Especially if you come in Milan when the St. Ambrose Carnival is celebrated. Carnival is the celebration of exuberances: people wear costumes, dance around the streets, throw confetti and eat all sorts of delicacies, like chiacchiere and tortelli.
In Milan, the celebrations last way longer than in any other Italian city. As a matter of fact, Italians feast until the martedì grasso, (literally fat Tuesday) the day in which every exaggerations end and the 40 days of Lent penitence start. In Milan, the martedì grasso is followed by the giovedì grasso (literally, fat Thursday) which is itself followed by the grand finale, the sabato grasso (fat Saturday). This month the sabato grasso is on February 13th.

Why such a celebration extension? There are several theories and they all legitimize your next feast. Enjoy! 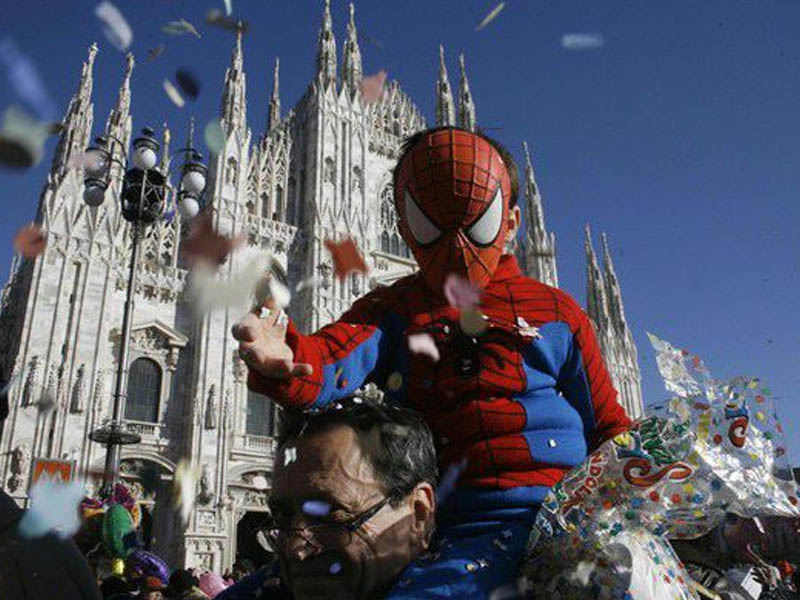 The theories that give a meaning to St. Ambrose Carnival are all different one to the other, but they all orbit around the Saint Patron of the city, St. Ambrose.
The first and most renowned theory is the one that narrates that, during the Carnival period, the Saint was engaged in a pilgrimage. The people of Milan wanted to wait for his return to properly celebrate the feast ending and the beginning of the Lent penitence days.

They took advantage of his delay to go on with the fun a little longer; at least until St. Ambrose had come back.
Another legend is connected to the historical plague haunting of Milan in the XVI century. The city was isolated: in order not to let the disease spread, nobody could either get in or get out and also the food supplies were severely rationed. St. Ambrose was so worried for his people that he went to the Pope and asked for more food supplies to be delivered, at least before the Lent period. 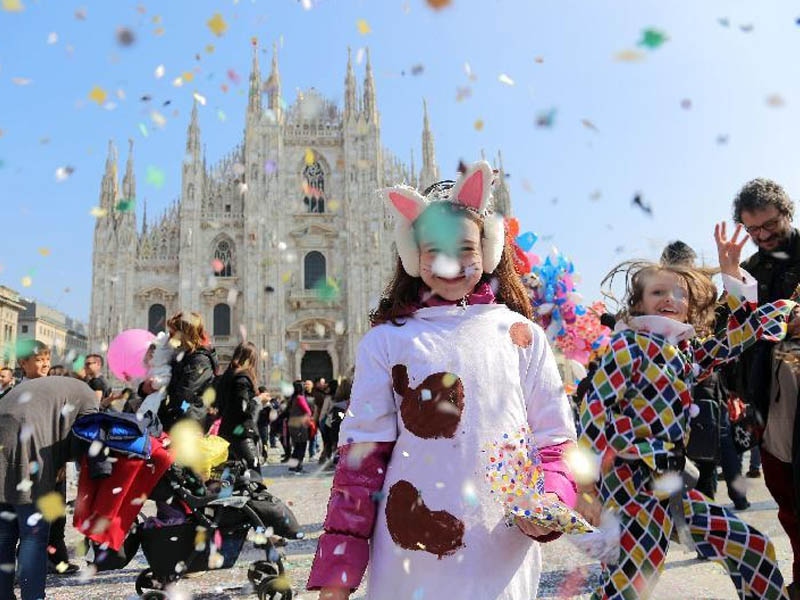 Meneghino, the symbol of the St. Ambrose Carnival

Milan has its own traditional mask, like any other Italian city. The Milanese traditional mask portrays Meneghino, a character associated with the city itself. The name derives from Domenichino, a servant nobles used to hire only during Sundays, because they couldn’t afford a full-time helper. Domenichino (whose name comes from domenica, Sunday) used to follow nobles into their daily routines and to make fun of them once he got back home. He came together with Cecca, his wife, which in the dialect of Milan is the short version of Francesca. 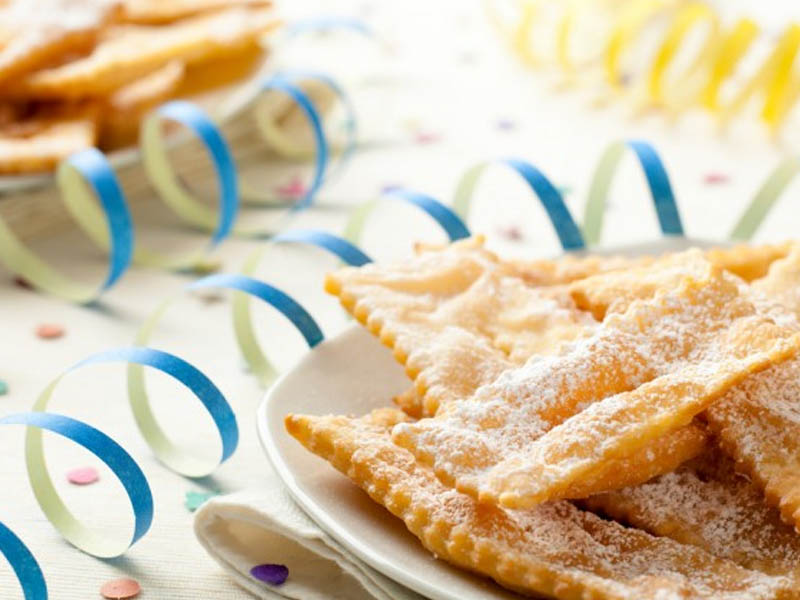 Today, you can spot Meneghino costume among the many parading in the streets of Milan during Carnival days. He wears a long brown jacket, short trousers, striped socks and a three-horned hat.

The parade is only one of the many attractions that take part in the city. This year the Carnival celebration is held on February 13th.
The traditional parade will be hosted in Piazza Duomo, where both citizens and performers will dress and make up, embodying traditional characters and new entries. This year, in Piazza Mercanti, a free Blues Brother dance show will be held after the square celebrations.

If you rather fancy a warm place, cheer up: basically every club of Milan organizes a show or a themed party. It’s up to you to choose your favorite. And remember: eat some chiacchiere!