A mixed-use development in the heart of Milan is the talk of the town: it’s Porta Nuova, the huge, new gateway and exclusive business district of the city.

What is Porta Nuova?

Literally, Porta Nuova means “new gate”: it is named after the Napoleonic gate that was built on this site in the 19th century. This area lies next to Porta Garibaldi train and metro station and used to be a neighborhood needing urban renewal. 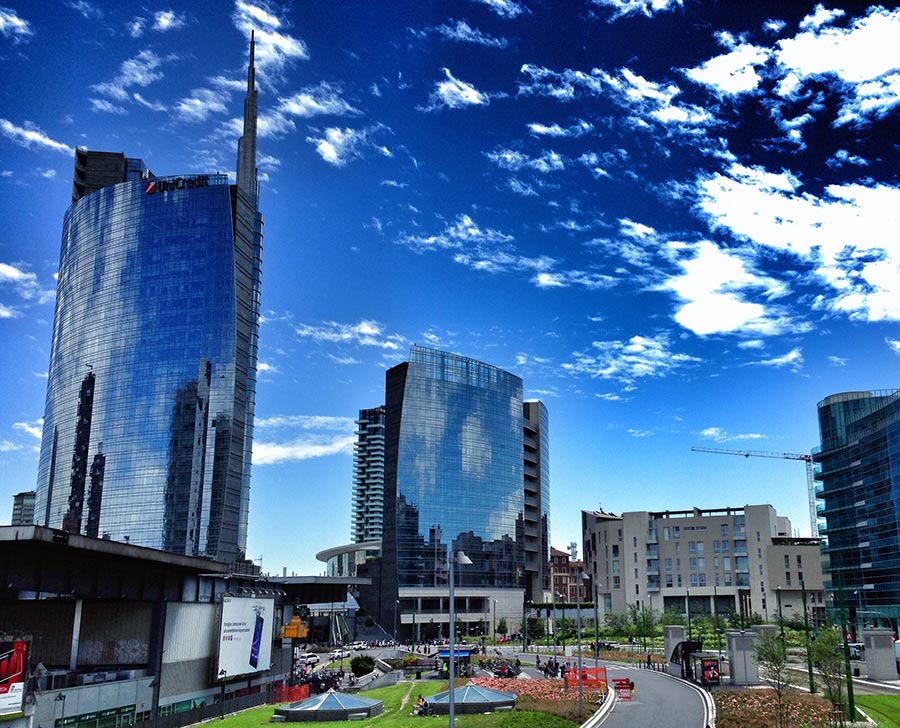 Construction started in 2009, based on designs by famous architects such as Cesar Pelli, Stefano Boeri and Nicholas Grimshaw. Now the Porta Nuova district is the new protagonist of the metropolitan life thanks to the so-called Porta Nuova Project. This redevelopment project includes several modern skyscrapers, cultural meeting points, and a large parking lot. Currently, thanks to new futuristic gangways, Porta Nuova district merges with the bordering business district of Centro Direzionale di Milano, and the lively neighborhoods of Porta Garibaldi, Varesine and Isola.

This district represents a perfect blend of European glam and Italian identity. It includes the tall Unicredit tower, the modern Gae Aulenti square (named after the late Italian architect of the Musée d’Orsay in Paris) and Bosco Verticale – literally: Vertical wood -, that is a complex of two tall towers with terraces full of trees, equipped with solar panels. This building is shortlisted among the most beautiful and innovative skyscrapers made in 2014, for the International Highrise Award 2014. What many don’t know is that a direct line of daylight reaches 90 percent of the occupied areas.

The most entertaining part of this stylish open-air space with sculptural features is a big pool (60 metres in diameter) that reflects the colours of the sky and of surrounding buildings, and cascades down two floors.

Next to this area there are the popular gardens dedicated to the memory of the Russian journalist Anna Politkovskaya. 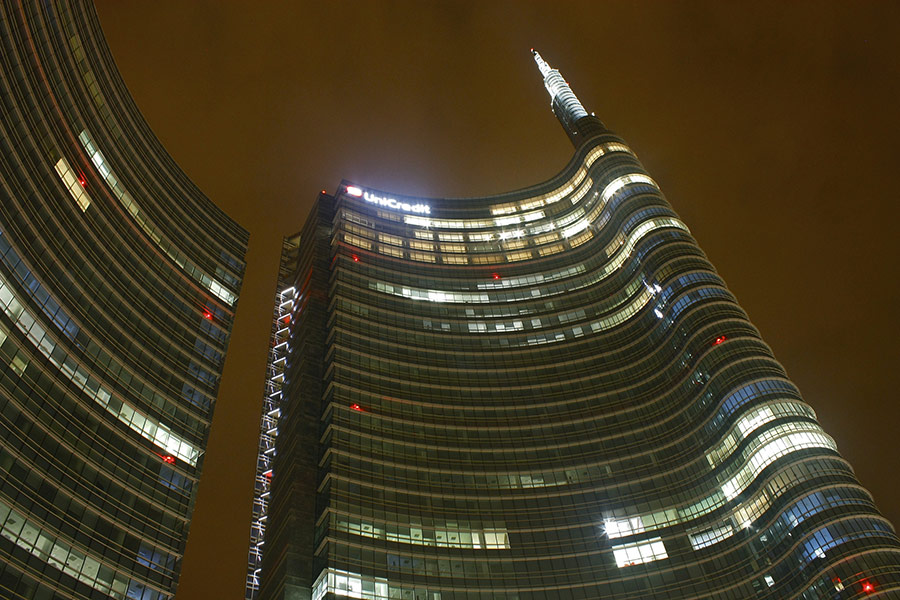 What to do in Porta Nuova

Nowadays Porta Nuova is one of the trendiest and most contemporary suburbs of Milan and one of the new meeting points for tourists, businessmen and locals. The area is full of boutiques, flagship stores, exclusive residences skyscrapers and glitzy gyms. Visit it to buy sportswear, design furniture, Italian clothes, typical food or to sip a proper caffè espresso while listening to the sound of the water fountains. And come back often: more and more bars and shops keep on opening every week.
Moreover, a huge supermarket is hidden underground, and several events, exhibitions and concerts are held in the main square made of glass and steel. 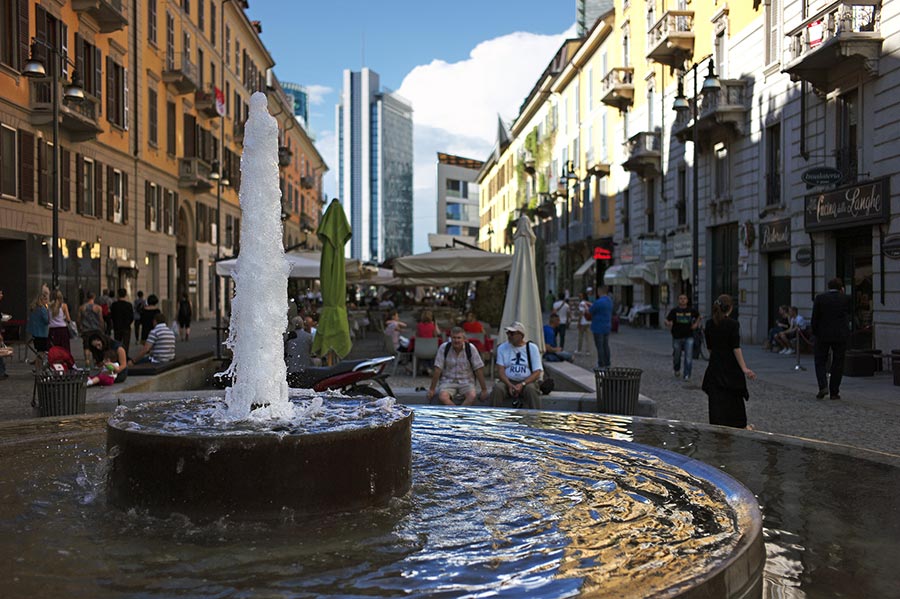 The atmosphere is very modern, and makes you feel like you are part of an innovative project: you can walk under a ring-​shaped canopy connecting the podiums of the three towers, or move on the escalators up and down the two levels of shops.

Gae Aulenti square, as well as the futuristic pathways leading to the near neighborhoods of Porta Garibaldi and Isola, is very popular among photographers, and represents a strategic point to enjoy the view of Milan’s new skyline, completed by Regione Lombardia’s building, the Diamond Tower, and the Pirelli’s skyscraper. 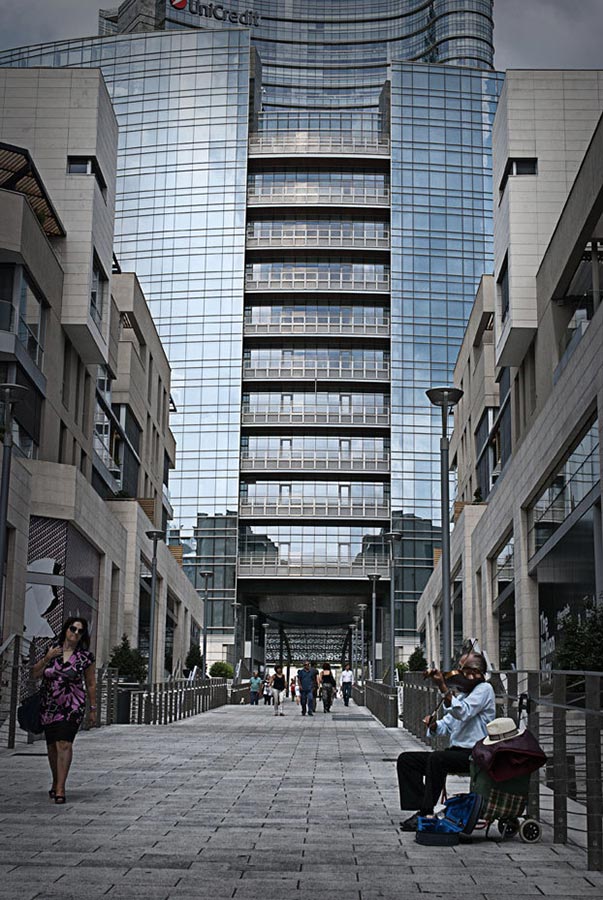 Where to sleep in Porta Nuova 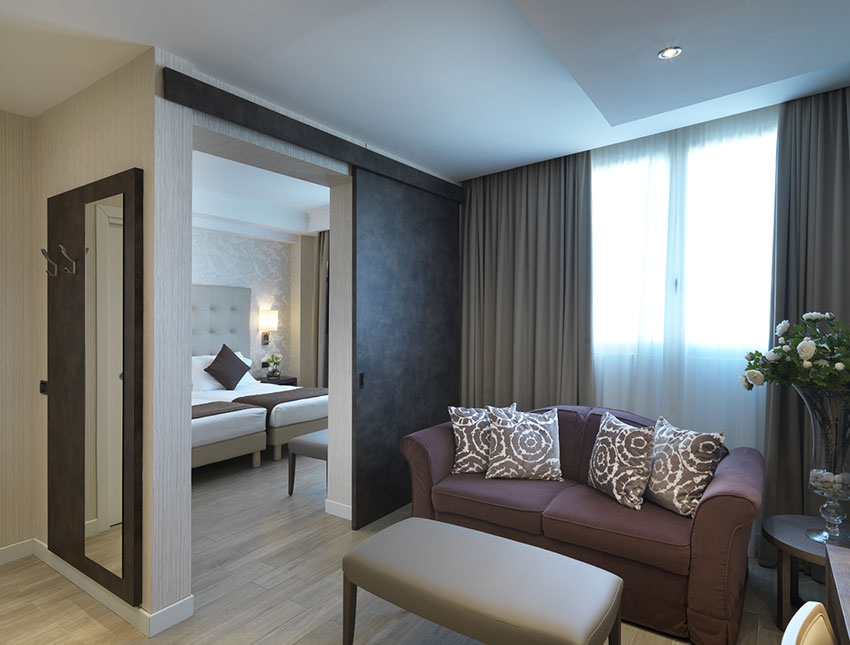 To enjoy Porta Nuova to the fullest, I would strongly suggest to sleep in a stylish hotel in the area. Hotel Windsor is a 4 stars hotel with cosy and elegant rooms and suites with a stunning view of Milan. Leave your car in its parking garage, then walk to Porta Nuova to discover the new skyline of this lively Italian city and join the social gathering.