p>It is said that Italians are in love with their mothers, in such a deep way that they fear moving out and that they are likely to come back in. At least every Sunday for lunch.

We can’t argue with that: Italians do share a strong maternal feeling of respect and affection. And, this seems particularly true in Naples: trying hard to confirm the theory, the Campania Region has recently opened a new museum and has named is Madre, mother.

To be 100% honest, Madre is nothing but an acronym for the Museum of contemporary Art Donna REgina: whether or not this is a coincidence, it’s up to you to decide! 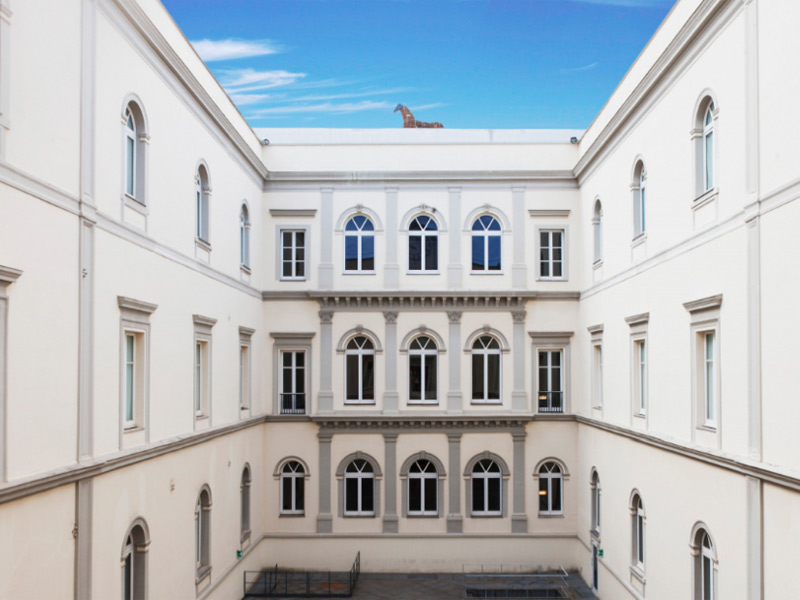 In the hearth of old Naples, there is a road called Via Duomo. Name it, and the people of Naples will stare at you, puzzled and uncertain. Try with “Via dei Musei”, and they’ll smile, nod and show you where it stands.

As a matter of fact, this road is famous for being flanked by several museums, all of great cultural importance. When walking there, you’ll notice an elegant building, characterized by its white colour and its neat, arched windows.

It’s the Palazzo Donnaregina, which like all the surrounding area owes its name to the Monastery of Santa Maria Donnaregina, built in the 13th century. The Donnaregina Palace dates back to the 19th century and witnesses the history of Naples.

In the mid-19th century, the building was bought by the Banco di Napoli, which turned it into the Banco dei Pegni, a place where people could pawn their possessions. Soon, two wings were added to the building, and the façade was refurbished with a new entrance.

With the passing of time, the Palazzo underwent several other architectural modifications, particularly after World War II bombings and the 1980 earthquake.

The Palace had to survive also to another natural disaster, that is to say the 2001 flood: the instability it caused made it impossible for Donnaregina to be dwelled once again. Thus, it was abandoned.

Such a remarkable building could not be left lifeless for a long period of time: in 2005, the Campania Region purchased it, reinforced its structure and turned it into a Contemporary Art Museum.

The building was restored by Portuguese architect Alvaro Siza Veira and then donated to the Donnaregina foundation: it’s also thanks to them that the Palazzo today is able to live again as well as to treasure exceptional art exhibitions both permanent and temporary.

Contemporary art in the centre of Naples 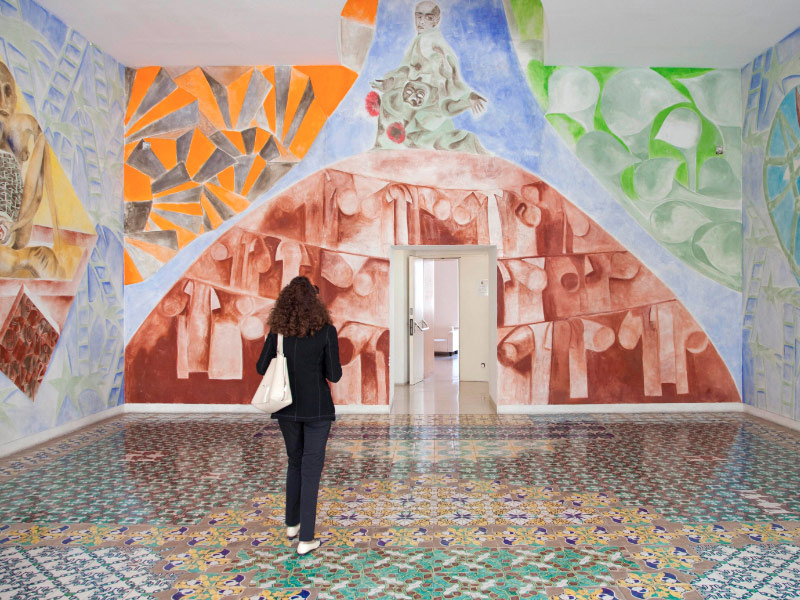 7.200 square meters occupied by several exhibitions, an auditorium, a bookstore, many teaching rooms and a restaurant: this is the Palazzo structure. This structure has been able to gift Naples with its first Contemporary Art museum.

The Palazzo is a highly functional space, elegantly decorated and furnished. The first floor hosts site-specific installations created by international artists like Jeff Koons and Rebecca Horn. This floor is embellished not only by the pieces of art it collects, but also by the fresco painted by Francesco Clemente, mainly representing Naples and its superstitions.

The upper floors are left to temporary exhibitions: several international artists have occupied the rooms, like Kounellis, Whiteread and Rauschenberg. This floor also hosts a restaurant, where it’s possible to relax for a while, drink and eat delicacies arguing over the installations.

The Palazzo has been rewarded with the Best Museum of Italy title, given by Artribune: another reason not to miss this unique museum, if you happen to be in Naples!