It’s not easy to label Gabriele d’Annunzio, one of the major figures of Italian history and literature. Poet, politician, viveur and fictional character: he was a little bit of everything. What we can say for certain is that he was an aesthete: all his life long, he sought for pleasure and he romanticized his existence, shaping it into being as outlandish as the novels he wrote.

One of his very first whimsical gestures took place when he was only 16. He had spent his entire summer holidays writing poems and decided, with his father, to publish a first collection of 150 pages, titled Primo Vere. Vanished the opportunity to have it published by some major Milanese editor, they fell back on a small Chieti typography and, therefore, the first version of Primo Vere passed almost unnoticed. 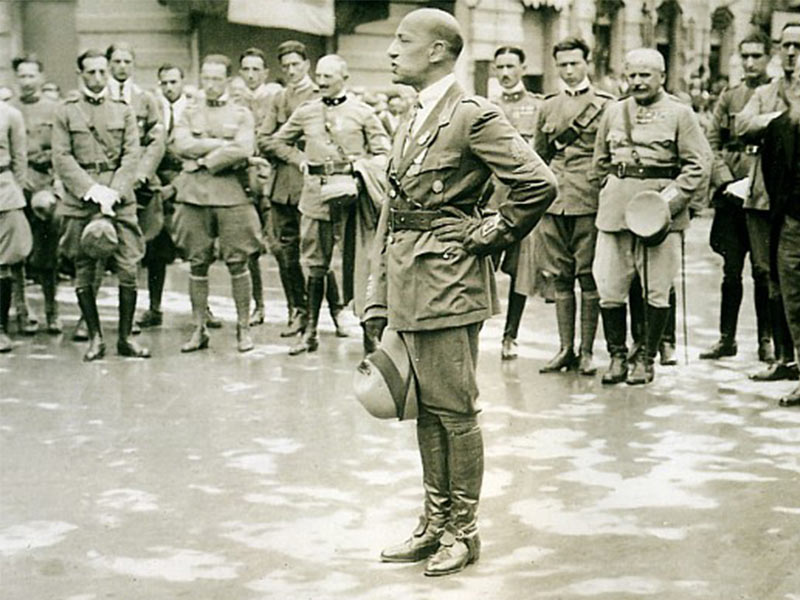 D’Annunzio, already deeply proud and haughty, decided to address another typography and to opt for a cunning stratagem: he added, together with some poems, a final post scriptum where the editor stated that the author fell by his horse and died right before the publication.

Moved by the death of such an artistic promise, the readers acclaimed D’Annunzio as a great writer, disappeared too early… while he was feasting in Pescara with family and friends!

D’Annunzio’s most popular and memorable political action was the one that occurred in 1919 at Rijeka, a city that both Italy and Yugoslavia sought to have under their jurisdictions (FIUME: A WONDERFUL STORY).

The Treaty of London declared that the Italian troops had to move away from Rijeka: what they did instead was to turn to D’Annunzio, asking him to occupy the city. And, obviously, he accepted the request: could there be a better way to beef his ego up than to guide a column of volunteers, occupy a city and establish the Quarnaro Liberato command? 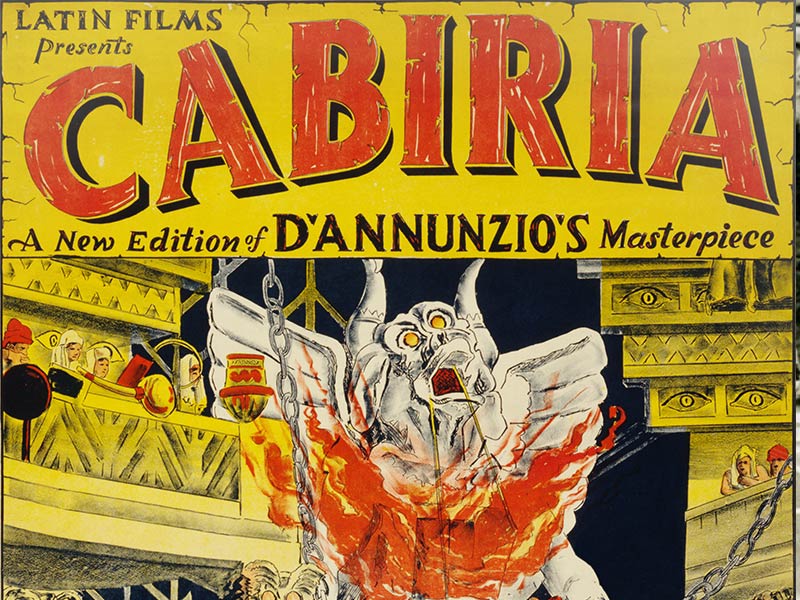 Of course not, and his success was boundless: people started to call him the Soldier King, in opposition to the Photographer King, that is to say the Italian king Vittorio Emanuele. This heroic, nationalistic gesture soon saw its end, when in 1920, Giolitti’s Italian government forced the troops to leave Rijeka. Nevertheless, it helped in strengthening the epic halo surrounding D’Annunzio’s figure.

That halo accompanied him for his entire life and is still felt today: D’Annunzio’s legacy is strong and keeps on peeping out into our culture, traditions and lives. First of all, he left some indelible traces into the Italian language.

It was him, for instance, who established that the gender for “car” had to be feminine: “The car –la macchina– is feminine, for sure. Isn’t it is gracious and seductive, vivacious and slender like a woman?” he wrote in a letter to Giovanni Agnelli, an Italian politician and entrepreneur, manager of the FIAT brand.

Then, he created an Italian word for sandwich – tramezzino – and he forged two womanly names, Cabiria and Ornella. Last but not least, he named the luxury mall La Rinascente, after it was destroyed.

D’Annunzio’s legacy seized also the world of cinema. As a matter of fact, he wrote the screenplay of Cabiria, a true Italian kolossal meant to face up with the American masterpieces signed by David W. Griffith. The movie was directed by Giovanni Pastrone, while D’Annunzio wrote the titles and introduced the character of Maciste, a mythological man at the same time incredibly strong and sweet. 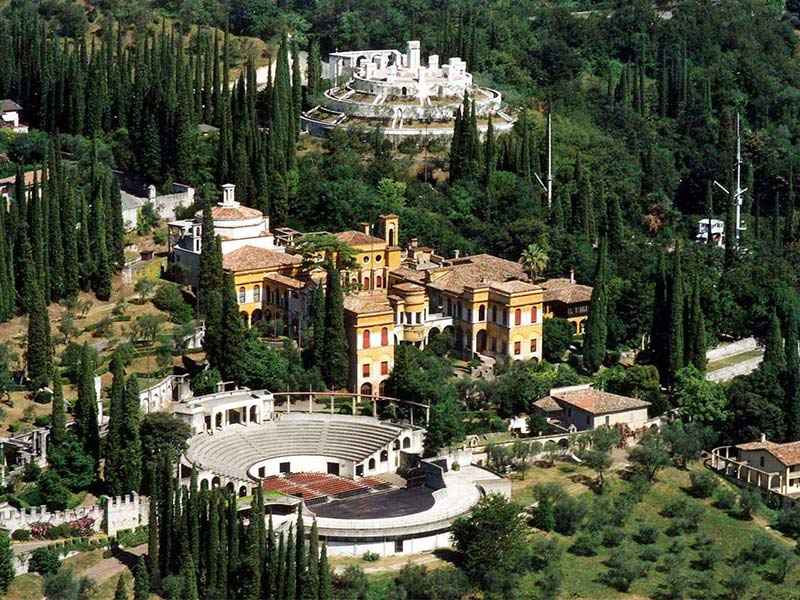 Finally, Gabriele D’Annunzio left his prodigious fingertips also in the realm of architecture.

In 1921, in fact, he decided to build, together with architect Giancarlo Maroni, the Vittoriale degli Italiani – The shrine of Italian victories – an estate comprehensive, among the many buildings, of a Priory, an amphitheatre, a boathouse and a mausoleum. (http://www.vittoriale.it/)

The works ended in 1938 and, soon, the Vittoriale conquered several nicknames, such as the “monumental citadel” or the “fascist fun fair”. You can visit it and experience the halo of controversial grandeur inherited from its creator.

After all, as D’Annunzio himself stated: “ I have put every single piece of me in this house and I love it deeply. If I speak to her in my language, she answers in that language”.