The old ones are still travelling, with their brown compartments and their narrow hallways.
Most of the time, they are not on time, and they plod along when approaching a railway station.

Usually, they are overtaken by the new ones, with their shining, metallic exteriors and their classy, with-all-comforts interiors.

Travelling by train in Italy means facing these two facts. Particularly, the first one, since
the brand-new trains are expensive and don’t cover all the routes. Be positive: although you won’t be 100% cozy and comfy, you will travel according to Italian tradition.

In this article, we’ll show you the best routes to travel in Italy the old-fashion way!

The Lombardia Interrail: pay one ticket, visit the entire Lombardy

You have probably already heard of the Interrail, the train pass that allows you to travel all around Europe. 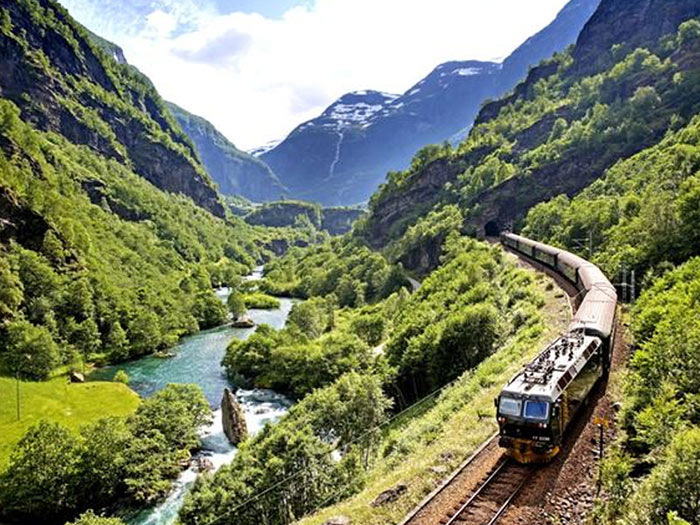 You can also get an Italian pass, spend around 90 € and travel through Italy.
Problem is you have to be no more than 26 years-old to buy such a ticket. There is no limit of age, instead, on the Lombardia Interrail ticket. Known as the Io viaggio ovunque in Lombardia (I travel anywhere in Lombardy), the ticket allows you to move around Lombardy for 1, 2, 3 or 7 days by paying, respectively 15, 25, 30 and 40 euros.

Thanks to this ticket, you’ll be able to witness Lombardy’s beauties that, although not as famous as others, are not-to-be-missed as well.

Think about Milan, or the lakes of Como, Iseo and Garda. If you fancy villas, stop at Villa Carlotta, Villa del Balbianello and Villa Olmo. Nature-lovers? No problem: take a tour of the Valtellina, the Eremo di Santa Caterina del Sasso or the Passo dello Stelvio. There’s a little bit for everyone and every taste!

We told you about the old, brown and narrow trains. And, we said they’re the old-fashioned ones.

Well, we are not taking it back, but we must make a correction: yes, they are old, but no, they are not the oldest. The oldest trains no longer run (or plod) on the railways.

Or, at least, they don’t do it regularly. The F.T.I. , an Italian no-profit organization, has the merit to make these trains enjoyable once again. The association organizes two routes. The first one is called Treno Natura (Nature Train) and moves around Tuscany: steam locomotives will take you from one country festival to a vineyard. 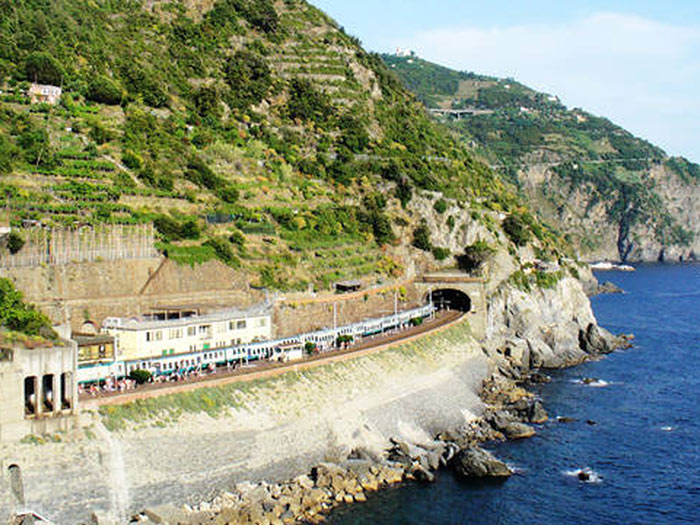 The second one is known as Treno Blu (Blue Train) and takes its visitors to the Lake of Iseo, the Christmas Markets of Trento and the Venetian Carnival.

You simple have to choose the dates, the routes and buy the tickets.

Apart from the aforementioned routes, you can also pick a couple of cities and enjoy the panorama from a train seat.

The best cities to travel to by train are:

Bologna to Verona.Visit the oldest university in the world, the University of Bologna, founded in 1088. Then, eat some pasta with ragu alla bolognese, walk to the Towers and the Nettuno Fountains. When you want to change scenario, take a train from Bologna to get to Verona, one of the most romantic places on earth: it only takes one hour.

Verona to Venice. In Verona, cross the Castelvecchio Bridge, gaze at the Lake of Garda, and move to the Roman theatre. In one hour, you’ll be in Venice, surrounded by its beautiful canals and narrow streets.

Le Cinque Terre. Five beautiful small towns in Liguria: the perfect places to enjoy good food – the focaccia is a must – good weather and wonderful landscapes. You can decide to either walk from one town to the other, or take a train and enjoy the panorama.

Naples to Positano. Taking a train from Naples to Positano means witness beautiful, sunny landscapes. Take a babà with you, to enjoy the trip even more. It will take you one hour and a half to get to Positano, in the heart of the Costiera Amalfitana, one of Italy’s wonders.