When we start thinking about ancient Rome, we immediately start to imagine a world made of battle grounds, temples, famous political speeches: the Roman Forum and the Colosseum make this dreams come true.
Maya Tours Roma walking tour would be the perfect way to discover all legends and historical facts of Colosseum and the Roman Forum. Qualified guides will take you through a journey between Colosseum, Roman Forum and Palatine Hill. The tour take place every day at 10:30 am and 2:30 pm.
So let’s start our travel back – in – time to 3000 years ago!

The greatest symbol of ancient Rome: a brief history of Colosseum 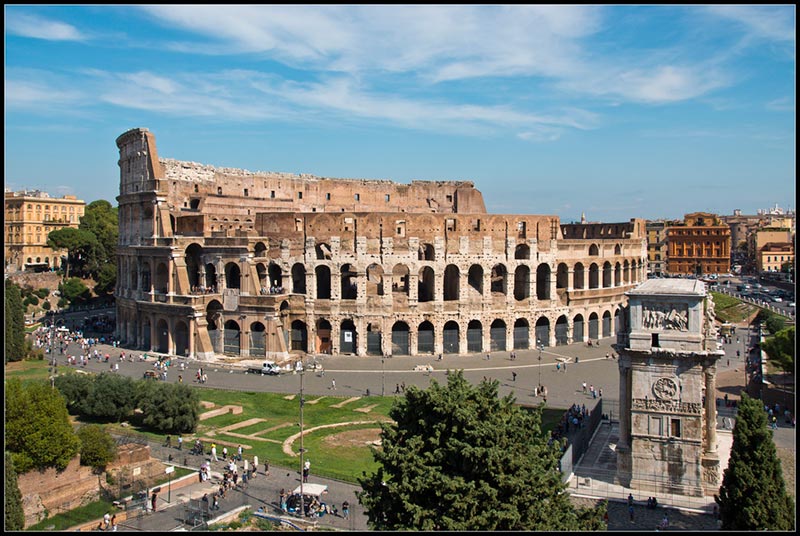 “While Rome burns, Nero playing the lira”: this is the famous sentence that resumed the empire of Nero, known as the maddest emperor of ancient Rome, a man that brought Rome through years of decadence. When his empire endend, in 68 a.d., four emperors took the throne in one year. The fourth, Vespasian, of the Flavian dinasty, rulled for ten years: in that period of time, he begane the built of a new amphitheater in which the public could enjoy gladiatorial combats and other forms of entertaiment. The new amphiteathre, that was called Colosseum or Flavian Amphitheatre, saw the light in 80 A.C. , at the time of the Empire of Titus, Vespasian’s son.

The Roman Forum, where public life was born 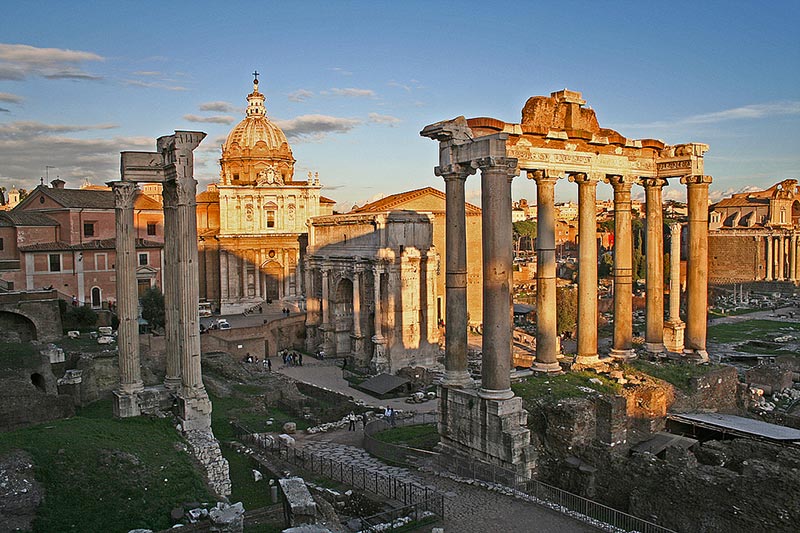 Near Colosseum, you will notice an extraordinary sprawl of ruines, that shines beautifully during sunset: this is the Roman Forum.
The Roman forum consists of a group of basilicas, temples, marketplaces, in which the animated public life of ancient Rome took place.
If we enter the Forum from the Arch of Titus, we can see the “hot spots”: the temple of Antonino and Faustina ( transformed by christians in the Church of San Lorenzo in Miranda), Julius Cesar’s Temple, the spot in which he was cremated after Idis of March, and the Curia, the original seat of Roman Senate.
From the Forum we can see the Palatine Hill, the place in which the legend tells Romolus founder of Rome was born. In Palatine we can walk through the Imperial Palace and Circus Maximus, a place of a common form of entertaiment, that consist in chariot races.
After this brief journey, you are ready to walk on the footsteps of the emperors and gladiators, enjoying a travel back in time that you will never forget!