It was 1948 when the first Apecar appeared in the Italian marketplace.

World War II had badly affected Italy and left most people with no financial means to buy a full-sized car or to maintain one. Corradino D’Ascanio, inventor of the Vespa, came up with a brilliant idea: the building of a commercial light three-wheeled vehicle to light up the Italian economic reconstruction. Enrico Piaggio, son of the firm’s founder, loved the idea and, a few years later, the Ape Car was born. 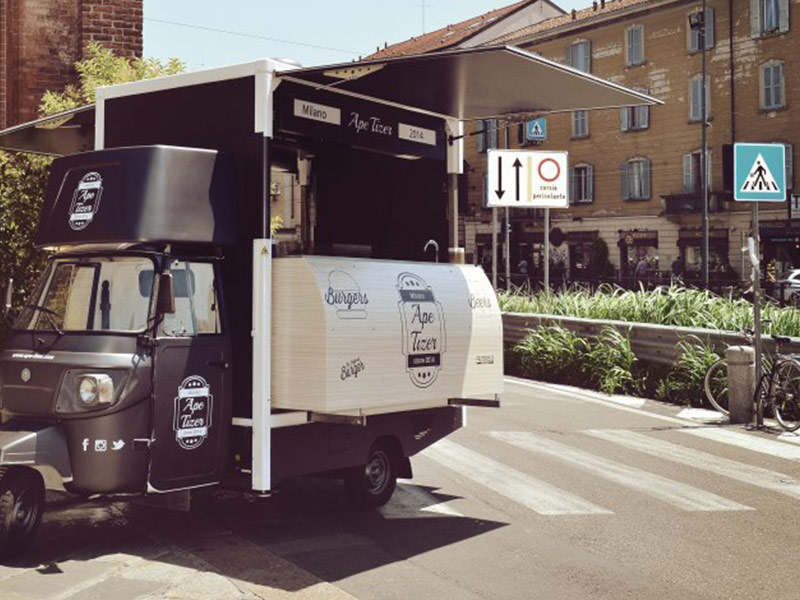 Today, it still exists and it keeps on regenerating the Italian commerce. How so? By traveling around full of delicious food. Let us tell you Ape car’s new wrinkle!

The key words are “cheap and chic”. People look for chic and tasty food, perfect for their Instagram pictures, and they know they can find it in the starred, nouvelle cuisine restaurants that in the recent years have popped out here and there. The fact is that people are not so excited about the idea of a dinner costing something more similar to their monthly rent than to a restaurant bill, so sometimes they shift for street food and forget about their Instagram pictures.

Ape car’s latest idea has found a way to fill you photo gallery with super shareable pictures, and at the same time not emptying your wallet.
Strolling through the Italian streets, you’ll notice a huge number of Ape cars selling street food. They’re almost everywhere: in historical squares, along beachfronts, in front of the town halls, near park swings.

And they don’t sell the street food we are used to: although innovative, they respect Italian food tradition, by combining fresh ingredients with a pretty design.
There’s Apetizer, with a vintage look and a slow cooking method; Birrificio Belgrano, for the beer lovers walking around; Norcinape with its Norcia’s cut colds and its Umbrian porchetta.
And there are also starred cooks who have decided to give the Apecar a try! 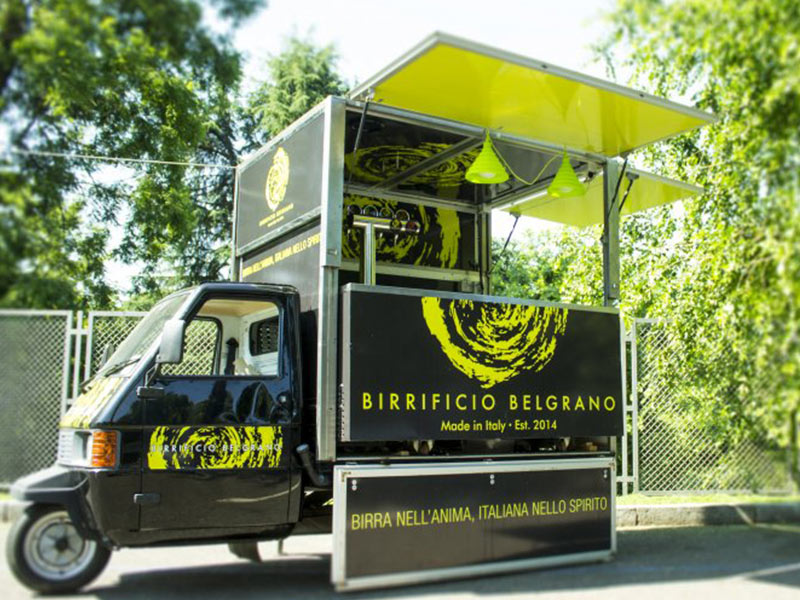 Cristina Bowerman, for instance, sends her Ape Romeo around Rome, with her supply of focacce and pizzette. Mauro Uliassi, instead, owns Street Good, an Apecar moving for the beachfronts and proposing gourmet foods in a street way, like peas with squid.
There are so many that it’s impossible to list them all. For that, there is an app: Streeteat, the first street food app that helps you localizing the Apecar that best fits your wishes.
And, these are only a few of the Apecars present in the Italian territory: the Apecar trend has spread all over the world!

Go to Israel, and you’ll find Gela, the ice-cream truck, or to Copenhagen and the LùBar will satisfy your palate with arancini and other Sicilian delicacies.
We have nothing left to tell you then: enjoy your meal – and your Instagram pictures!