Happiness is no longer a friend’s hug, a piece of your favourite cake, a nap in a rainy day. Happiness, to quote the Beatles, is not a warm gun.

Indeed, happiness is living in one of the following five hamlets: Brunico, Vipiteno, Egna, Peschiera del Garda and Lazise. As a matter of fact, they have been named the 5 happiest hamlets of 2015 by the Il Sole 24 Ore Synthesis Research Centre.

The Centre has analysed several Italian small towns and hamlets that are characterized by high standards of well-beings, way superior to the rest of the Bel Paese.
How? And why have these towns been chosen? You’ll find your answers in this article!

How do we measure happiness?

Let’s leave our naïve selves aside for a moment. In the aforementioned hamlets, there are no joyful, singing, Disney-like dwellers, whose happiness degree is measured by bespectacled researchers. The hamlets’ happiness levels are measured by the GWB, the general wellbeing index that takes into consideration various aspects of daily activities and common parameters in order to dictate the levels of wellbeing of a population.

The making of the top 5 follows two paths. First, only towns with a population among 5 thousands and 50 thousands inhabitants can be included in the research. Among the many hamlets taking part in the contest, 158 are chosen. This choice is made following 16 different variables, quite generic and linked to economic, social and cultural wellbeing standards. The second phase sees the 158 hamlets analysed according to 47 indicators more specific and that concern social relationships, personal activities, health and environmental well-being, etc.

This final analysis creates a top 5, in which only the happiest hamlets find their place. Let’s have a look at them. 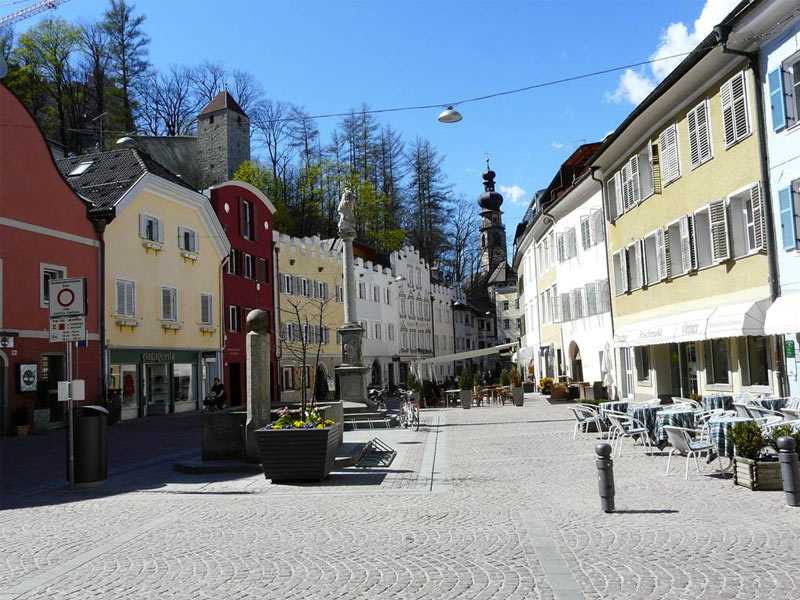 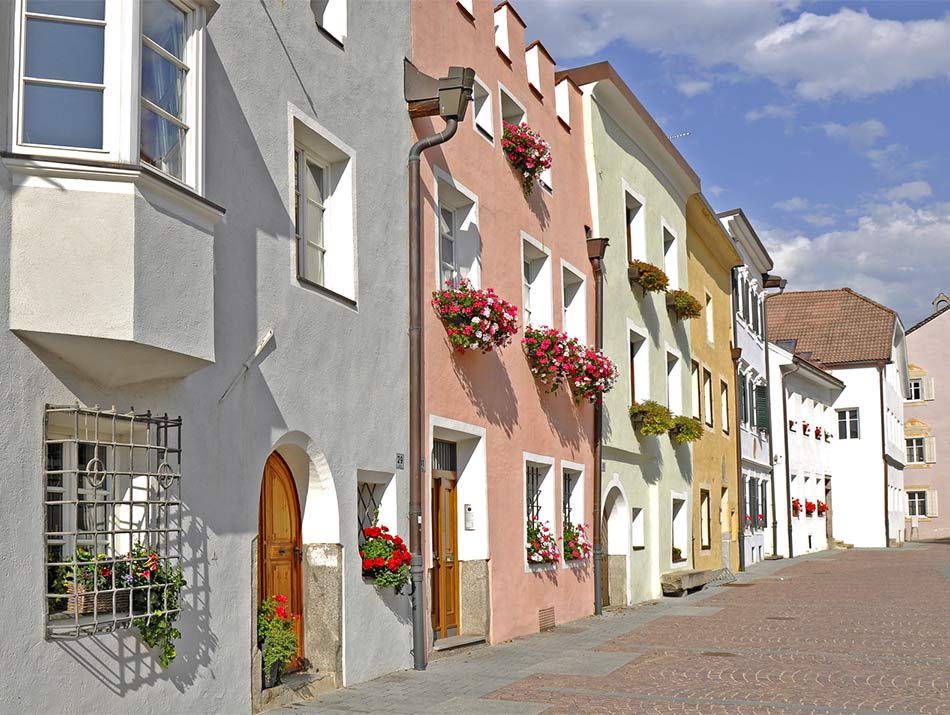 With a score of 100/100 points, Brunico confirm itself as the happiest town of all. It had reached the number one position last year as well, and it owes its primate to its material and environmental well-being.

Brunico was founded by the prince Bruno von Kirchbenrg, who gave it his name and had the castle built. When it was founded, the city had nothing but two lines of houses and a narrow street: in 1336, the walls were finally built in order to encircle and protect the town, which found its actual architecture. 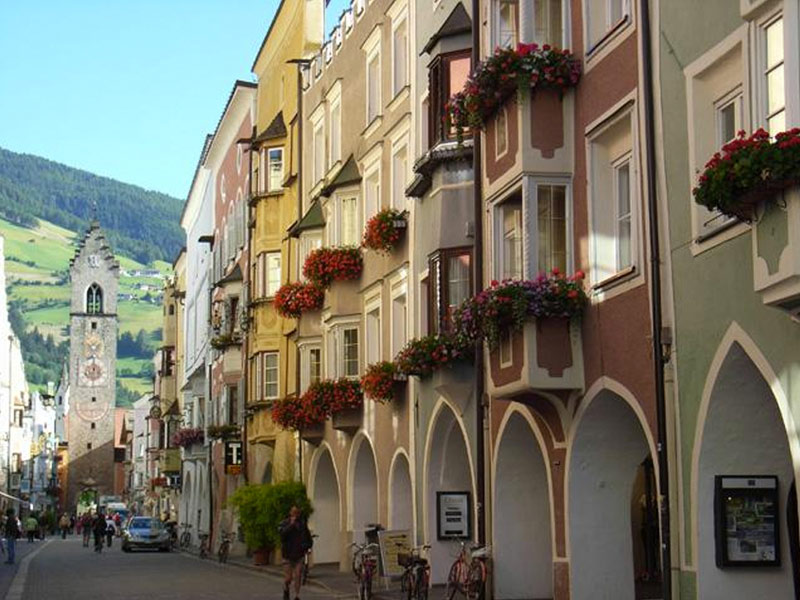 Vipiteno has reached number two mainly thanks to its high health and environmental standards. The town has Roman origins, although it makes its first appearance in a Medieval map with the name of Vipitenum.

According to the legend, Storz was a crippled pilgrim who arrived where today Vipiteno stands and who built the city: apparently, this is why the emblem of the city represents a cripple.

Egna has surprised the researchers for its high levels of instruction and social relationships. Egna is a small town, built during the Medieval times and still keeping today its ancient looks: walking through its streets means wandering in an ancient, fairy atmosphere, made of small houses and tiny, flowery alleys. 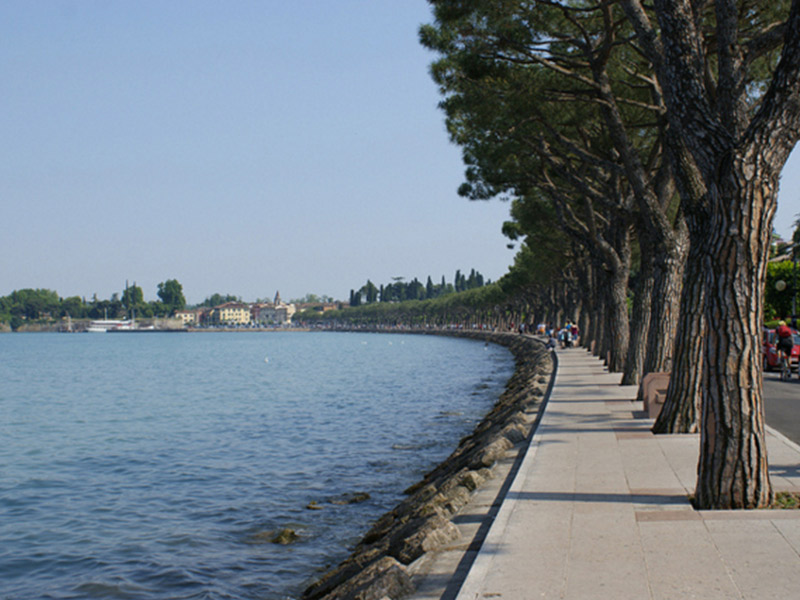 Thanks to its favourable position, Peschiera del Garda has always played an important role in the commercial history of the North of Italy.
Apart from being full of entrepreneurial spirit, Peschiera breathes also courage: in fact, the legend wants Pope Leone I to have stopped Attila with his bear hands near the town walls.

Lasize has reached the fifth position thanks to its high levels of personal activities (you’ll see more restaurants, bistros and small shops here than anywhere else) and educational standards. Lasize was already an important market road during the Roman era, especially for the commerce concerning the goods coming from Germany.

Lasize is also known for being one of the first free Italian towns: in 983, the people of Lasize asked Emperor Ottone I to get the chance to build their own city walls, and he awarded their independent spirit with more autonomy than other cities.